The coldest month on record with average precipitation

Not only was it the coldest February in the 100 years of weather records in the region, but it was also the coldest of any month.  The average temperature was -15.1°C, putting it well below the previous coldest months which were February 1934 (-13.3°C) and January 1994 (-13.2°C).  Even though last year seemed really cold at the time, at an average of -11.6°C, it was practically balmy compared to this year.

Overall, it was over 9 degrees below average with many of the daily high temperatures not even getting up to the average low temperatures for that day.  Also of note was the low temperature we saw on Family Day (Feb 16) which was -34.9°C, beating the previous low of -32.3°C on January 27, 2005.

The precipitation got off to a fast start for the month but ended in the average range with 48.2 mm (note that because the solid precipitation gauge at the UW weather station was not working this is based on the Environment Canada station called ”Waterloo Wellington 2”).  The snowfall we received of 54 cm was well above the average of 30.3 cm for the month. 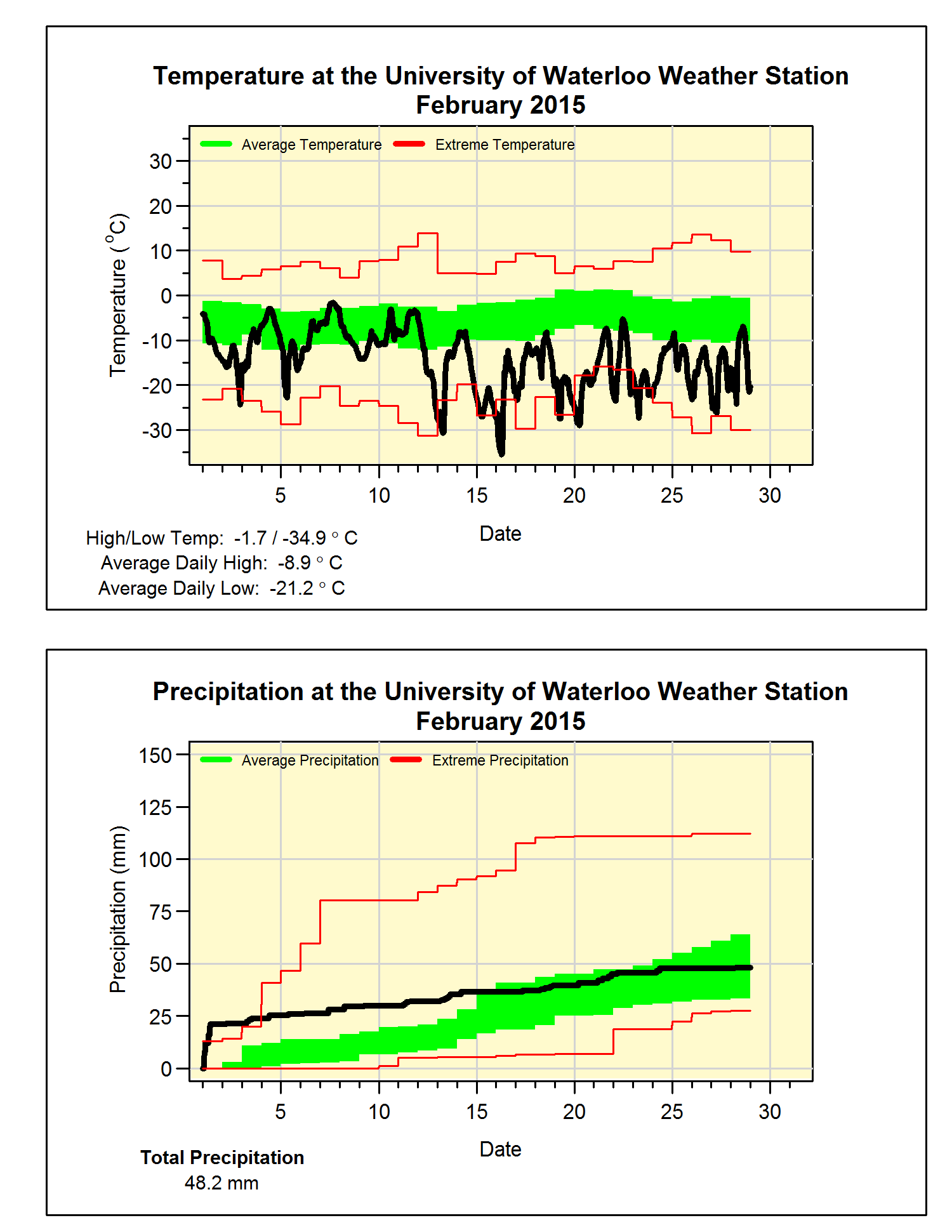