Some historical temperatures during a dry September

Well that was quite an end to September with the longest heat wave of the “summer” and some historical temperatures.  The most significant streak was the 15 days above 25°C between the 12th and the 26th, that is something we have never seen before in September during the 100+ years of weather records in the region (the previous record was 13 such days back in 1947).

Not surprisingly, the overall temperature was almost 3 degrees above average, what might be surprising is that this is colder than the last 2 years although they didn’t have the extreme highs we saw this year.  It is also useful to remember that this year the month started off cool during the first week.

But since I have you here can we talk a bit about recent Septembers?  Fun fact: no other month has seen more consistently above average temperatures.  In the past 20 years of data at the UW weather station, there has not been one in the below average range and only once was it even slightly below average (by 0.1 degrees in 2006). 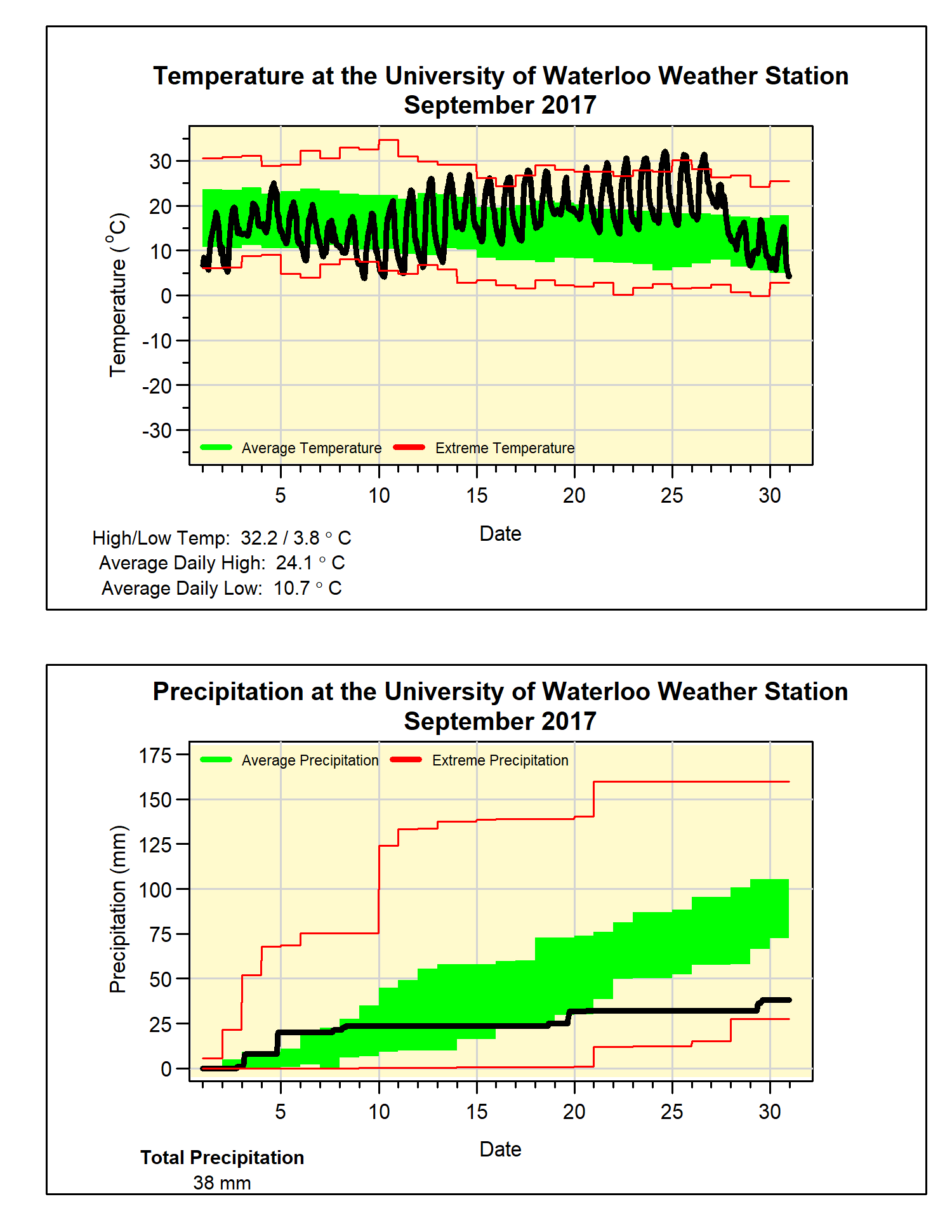 
An average August for both temperature and precipitation

This may be surprising to some, but the fact is we have seen a string of warm months of August in recent years with this year’s overall temperature being the coolest since 2008.  In the 20 years of data at the UW Weather Station, only one August (2004) was cold enough to be in the below average range.  It was also a lot cooler than last year when we had 8 days over 30°C in August.

The month started out very wet, but with drier conditions in the last week the total precipitation of 93.6 mm was within the average range coming in a bit higher than the average for August of 83.9 mm.

The total precipitation for the year of 775.4 mm is well above the average of 596.0 mm.  For the last few months we have been in second in the “wettest year to date” category, however, there were lots of wet months of August in the past so we have dropped down to the sixth wettest year so far since records in the area began just over 100 years ago. 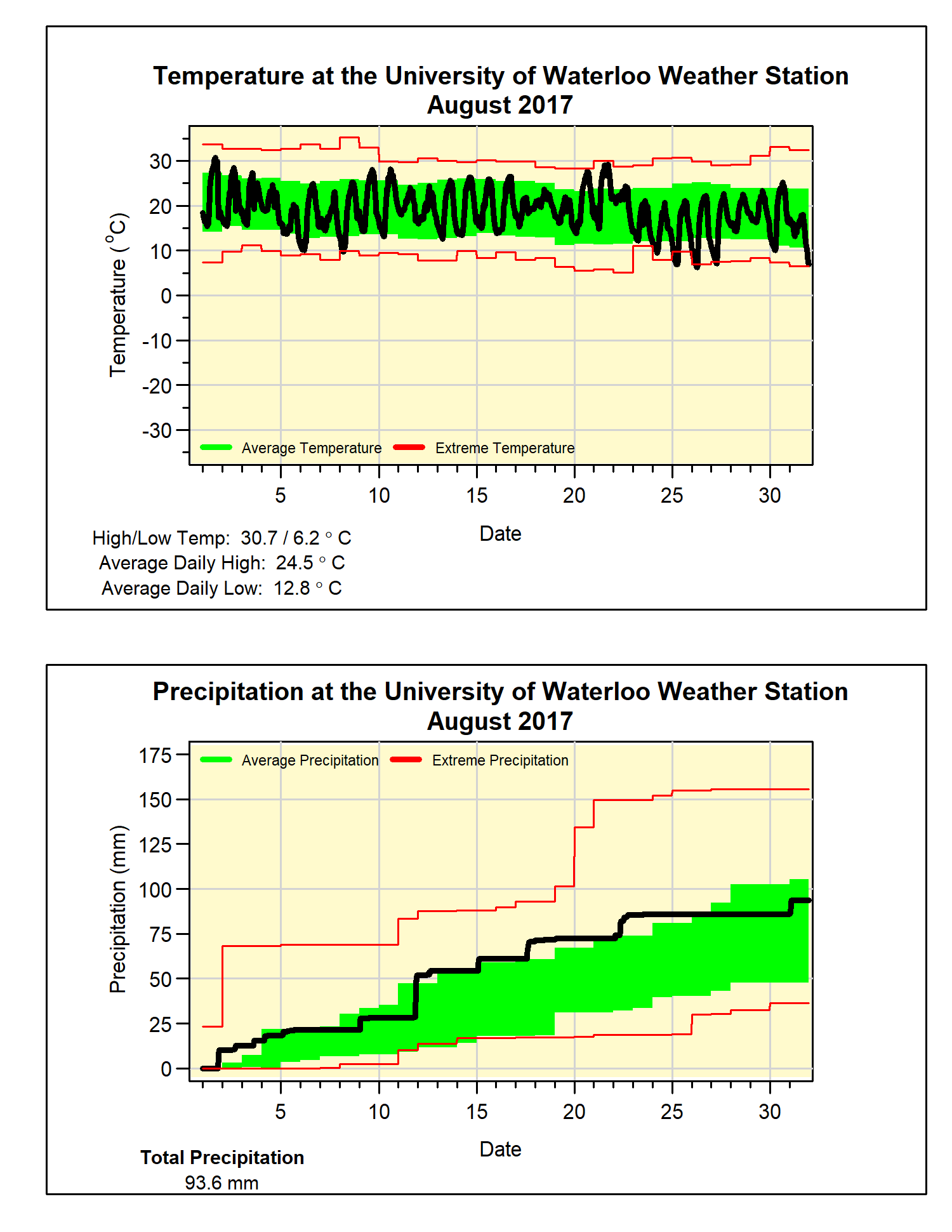