The warmest February ever

In what should not be a surprise to anyone, it was the warmest February that we have experienced in the 100+ years of records in the region.  The first half of the month saw temperatures that oscillated both above and below zero, but it was not until the 18th that the crazy heat came in.  The month ended with 12 days where the high temperature was over zero including some days that were over 15 degrees above the average.

Overall the temperature was 4.4 degrees above average which was almost half a degree more than the previous warmest February back in 1998.  The high of 15.1°C on the 23rd was the highest February temperature we have ever seen in the region, in second place was the 15.0°C which happened the day before.

The precipitation total was 68.0 mm, just enough to put it into the above average range.  Given the high temperatures, it is not surprising that we got about half the average amount of snow during the month (17.5 cm compared to 30.3 cm).  Even though the last 2 months have only seen half the average snowfall, the snowy December means that that the total snowfall of 113 cm is only a little less than the 125.6 cm we would expect at this point in the snowfall season. 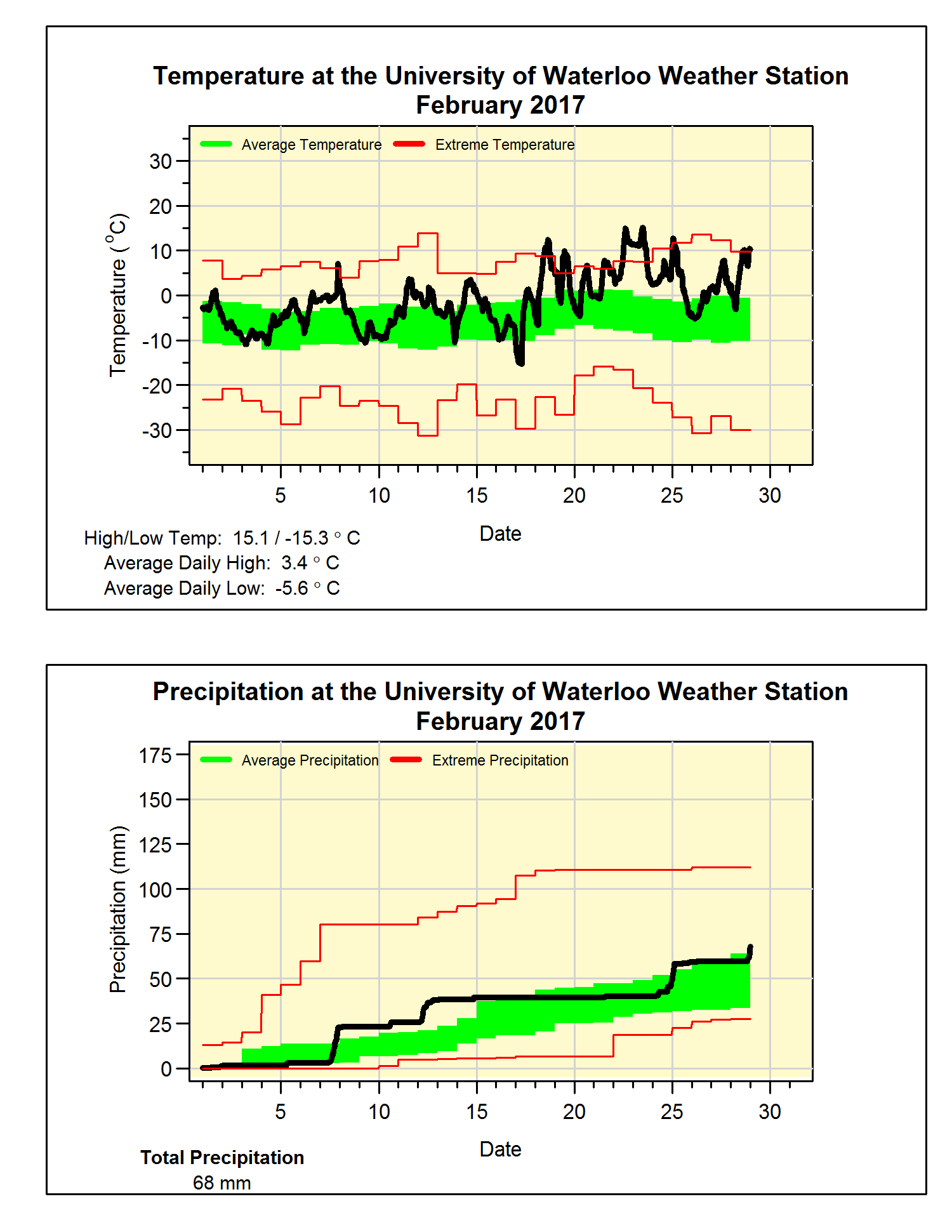 2017 Weather Station Contest is on!


The 2017 edition of the UW weather station contest is now on!

Find out all the details and enter the contest here: