A cold January with average precipitation

January was a month that had a lot of variations, there were days much above average in the beginning of the month and many much below average in the second half.  In fact, over half of the days of the month were 5 degrees or more either above or below the average.

The very cold end of the month brought the overall average temperature down to 1.7 degrees below average.  The high temperature on the 30th only got up to -17.2°C, this was the lowest daily high temperature since Feb 19, 2015 and only the 10th time there was such a cold day in the last 50 years. 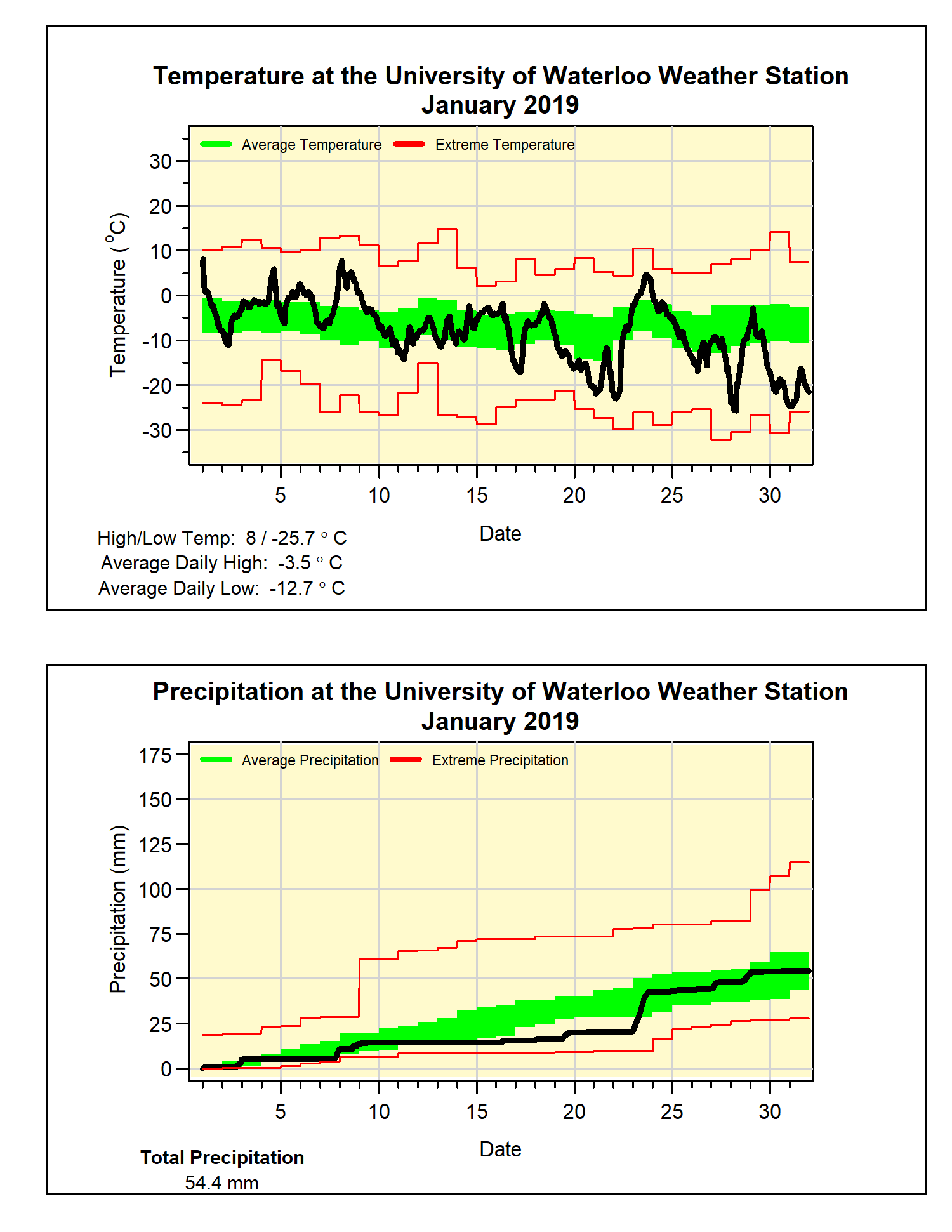