Another warm November with average precipitation

It turns out that this November was really close to last November in terms of both temperature and precipitation.  For temperature it was just over 3 degrees above average, tying it with last year for 6th warmest since records began in the area 100 years ago.

Second fun fact, there were 20 days when the temperature was over 10°C in November, the highest number in the historical records in the region.

From the temperature graph you can see that the grey “Vancouver” weather started on the 20th with little variation between the daytime and nighttime temperatures.

And yes we have to start talking about snow, however, there was only 2.5 cm recorded compared to the November average of 13 cm. 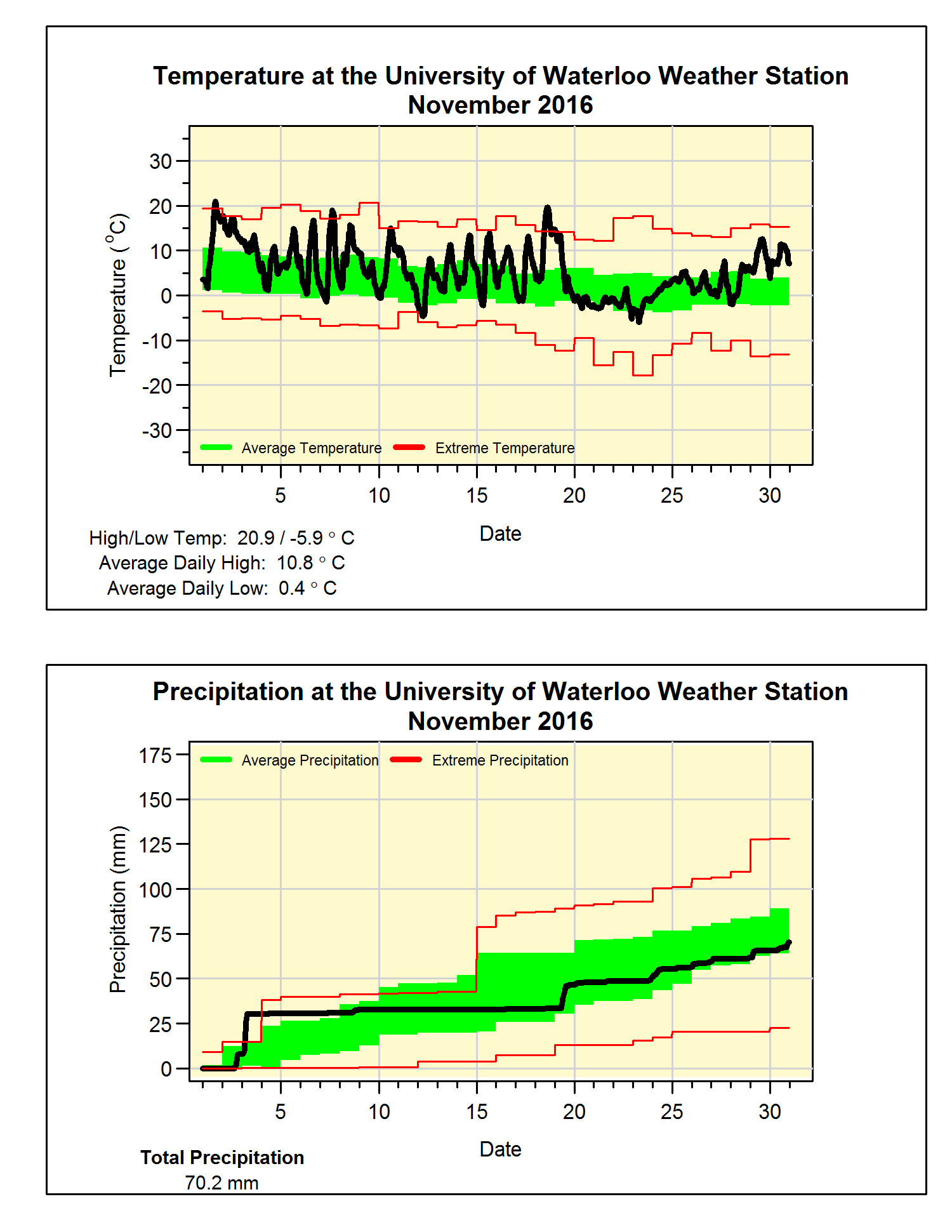