An April that was colder and wetter than average, but maybe not unexpected

The few warm days were more than offset by many more cooler days putting the month at one degree below average overall.  But those averages are based on the 1981-2010 long term values and one of the shifts we have seen the past 10 years has been for much cooler spring months.

So if you were to compare this past April with just the last 5 years it would have been just average for temperature.  That’s why I said although the month was colder than the long term average maybe it wasn’t wholly unexpected when compared to the most recent years.

The precipitation was following the average until halfway through the month, but then we saw a lot of rain in the second half including 2 days with over 20 mm.  The final total was 117.2 mm which is much above the average of 74.5 mm.

It has also been a wet year so far with the total precipitation for the year now of 309.8 mm which is much more than the 264.4 mm we would expect at the end of April.

We didn’t get any measurable snow during April (there were times when it fell from the sky but didn’t stick on the ground).  Thus the total of 133.5 cm for the snowfall season was well below the average of 159.7 cm. 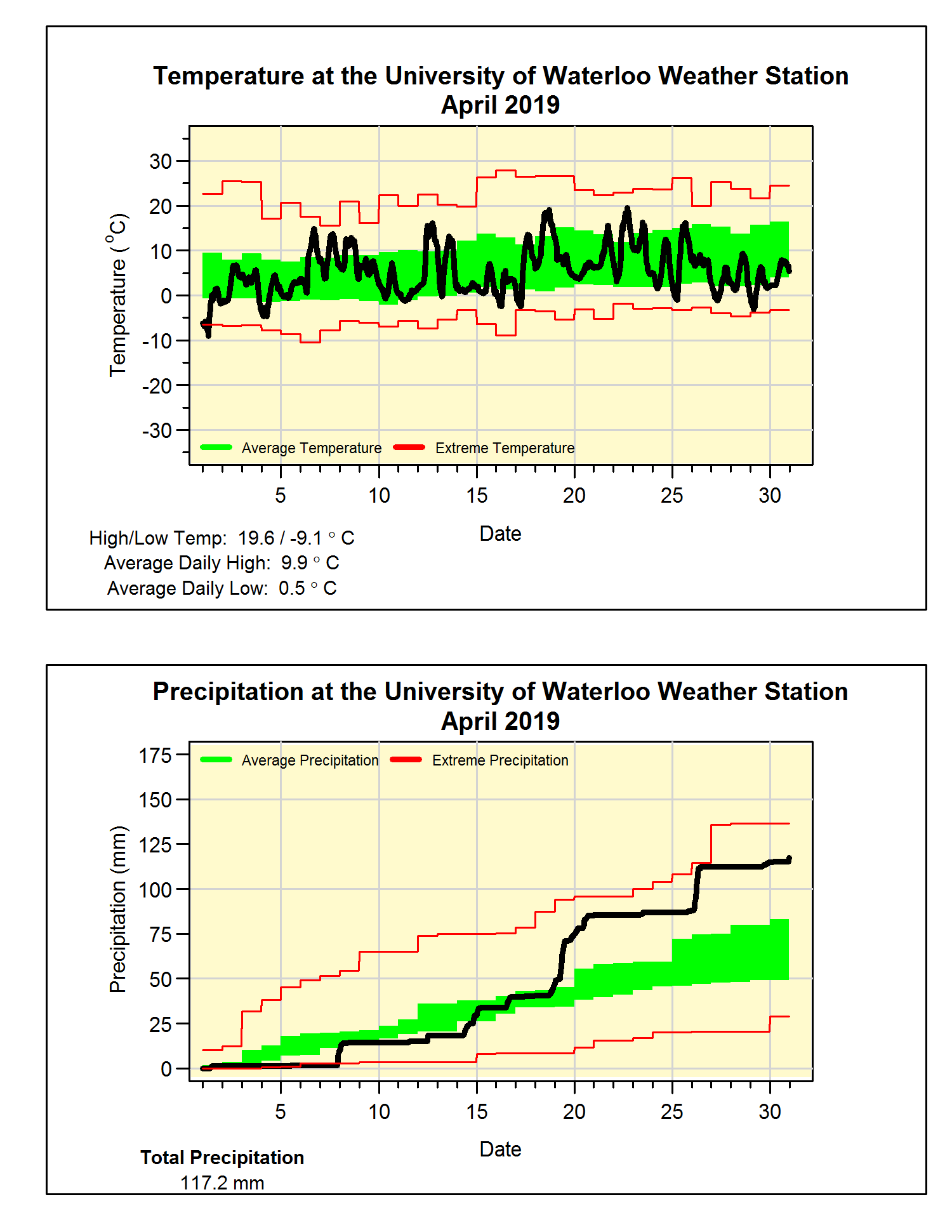