A wet October with average temperatures

You can forget what the calendar said, fall really started this year on October 12th, you can see from the temperature graph just what a contrast there was between the first 11 days of the month and next 20.  In fact the average temperature during the first part of the month was 10 degrees higher than the second part.

Putting all those numbers together results in the overall temperature coming out exactly at the 1981-2010 average, although it may have seemed colder than that as it was the coldest October we have seen in the last 10 years.  The first time the temperature went below zero was on the 14th at 1:15 am (this is about the average for the last 20 years) resulting in a frost-free season of 167 days (which is just a bit longer than the average).

It was really wet at the start and end of the month, with over half of the month’s total of 94.2 mm coming during the first two days and the last day of the month.  As this month come in above average, it joins 9 of the last 10 years that were wetter than average.  This wet month also pushes the total precipitation in the first 10 months of 785.1 mm above the average of 750.6 mm. 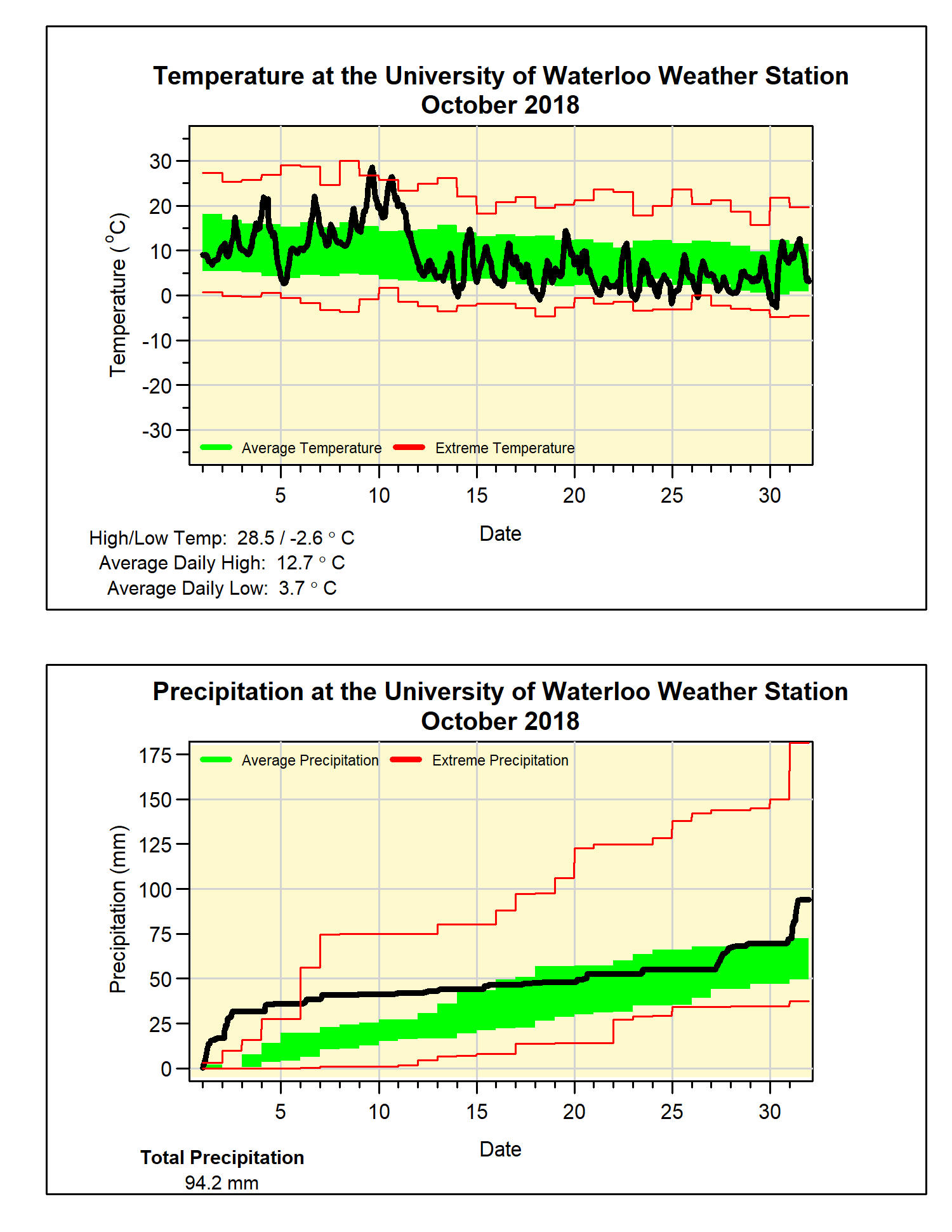