A very wet and warm March

March started with an early taste of Spring, including a high of 17.5°C on the 9th, and as the rest of the month only saw a few colder than average days, it isn’t surprising that overall it was 3 degrees above average.  Although this seems impressive, it didn’t come close to March of 2012 when it was an incredible 7 degrees above average.

For a while it was looking like it might end up being a dry month, however from the 24th to the 31st we were deluged with 95 mm of precipitation.  This put the total for the month at 127.4 mm, which is more than double the average of 61.0 mm and the 5th wettest in the 100 years of weather data in the region.

Even with the spring-like weather for a lot of the month, there was a decent amount of snow (18 cm), although that is less than the average of 26.5 cm.  The total snowfall of 93 cm is still well below the average total of 152 cm for this time of year. 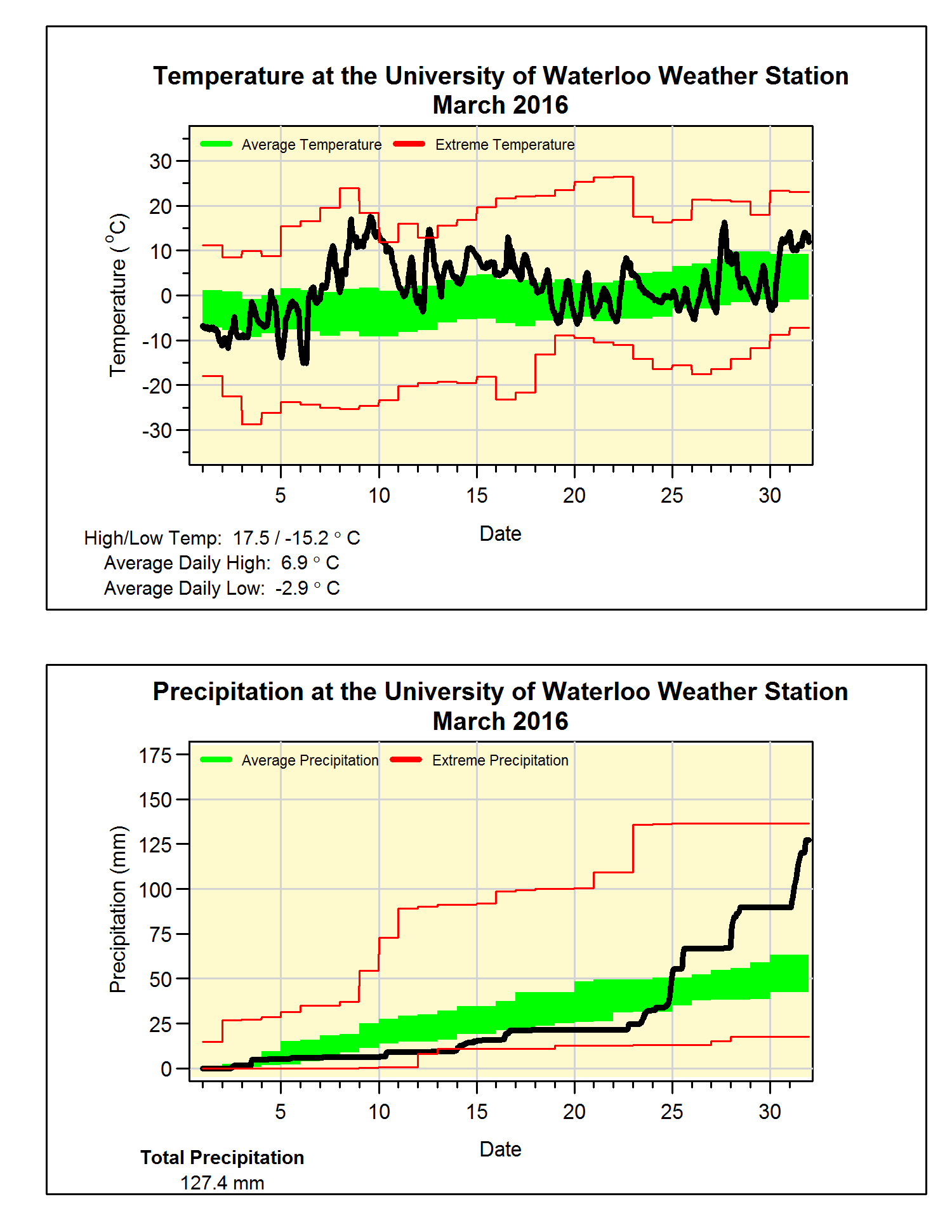