Another hot and dry September

I always say there is never a sure thing when it comes to the weather, but for the past 20 years a really good bet has been that September will be warmer than average.  Although this was the least warm September in the past 6 years, it was still 2 degrees above the average.

Apart from 3 days late in the month when the temperature was above 25°C there really weren’t any extended heat waves, just a lot of days a little warmer than average.  OK I know I’m really digging deep for this one, but the lowest temperature during the month was 5.7°C and I was not able to find another September with a higher minimum temperature in the 100 years of weather records in the region (the closest was 5.4°C in 2015).

A few storms during the first half of the month kept us moderately wet, but a week of no rain and only a few storms in the second half led to a total of just 44.8 mm, which is about half the average of 87.8 mm.  The last time we had a wetter than average September was back in 2014, in fact from 2010-2014 we had a streak of wetter than average Septembers and since then they have all been drier.

With this dry month, the total for the year of 660.8 mm is now slightly below the average of 683.5 mm for this time of year. 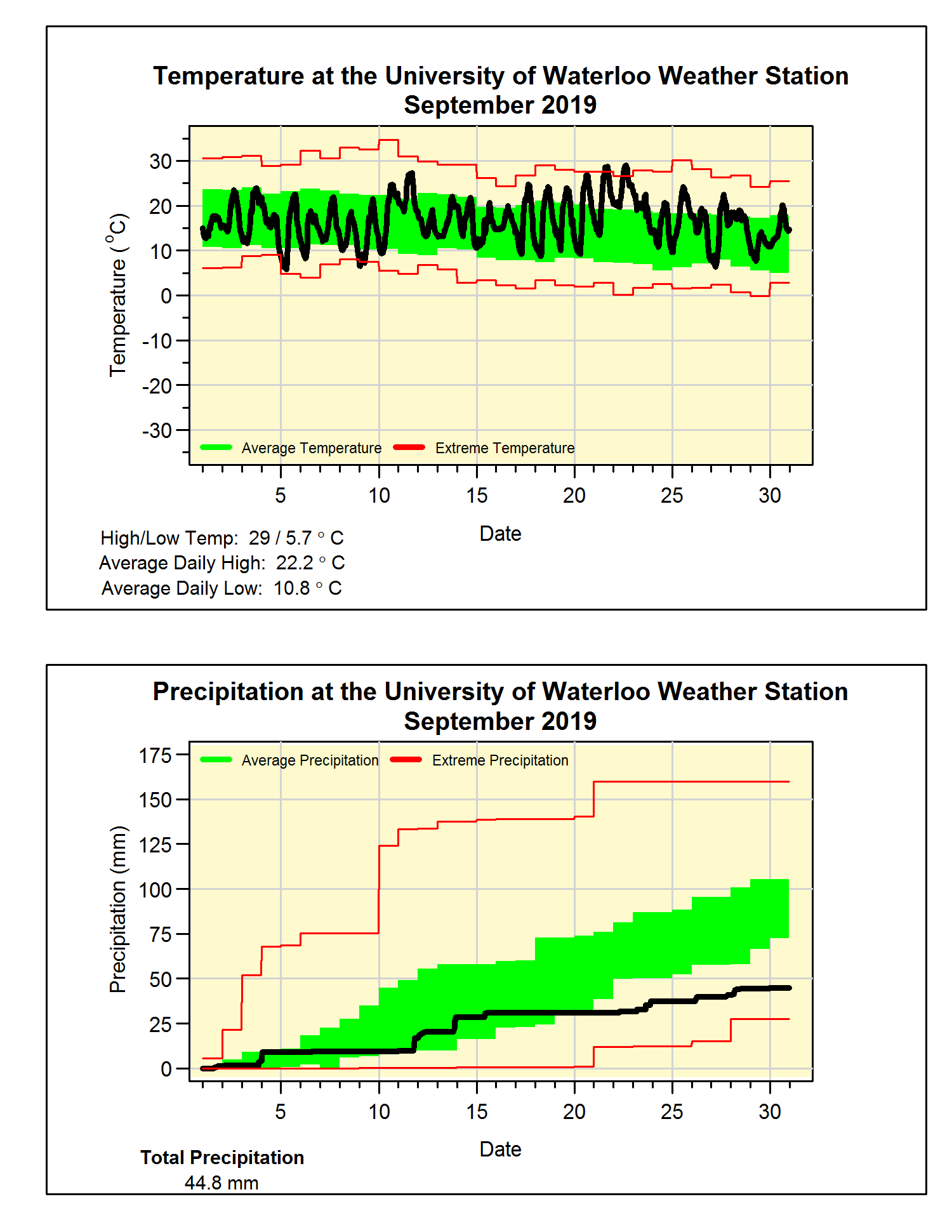