A cooler May (but still barely average) with lots of rain

Last year after a cold April, May came back extremely warm, this year not so much.  The first half of the month was about a full degree below average, but the second half was warm enough to put us at 0.7 degrees less than average overall for the month.  This was just warm enough to keep it within the average range.

On the other end of the termometer, we didn’t have a temperature below zero during May, so that means the last one occurred on April 29.  This is on the early end of the range of Apr 26 to May 23 for the last below zero temperature we have seen in 20+ years of data at the UW Weather Station.

It was a wet month with a pretty good soaking every week or so that put the total of 103.4 mm well above the average of 82.3 mm.  With 4 wetter than average months in a row, it is not surprising that the total for the year is now 413.2 mm is now much higher than the 340.2 mm that we would expect for this time of the year. 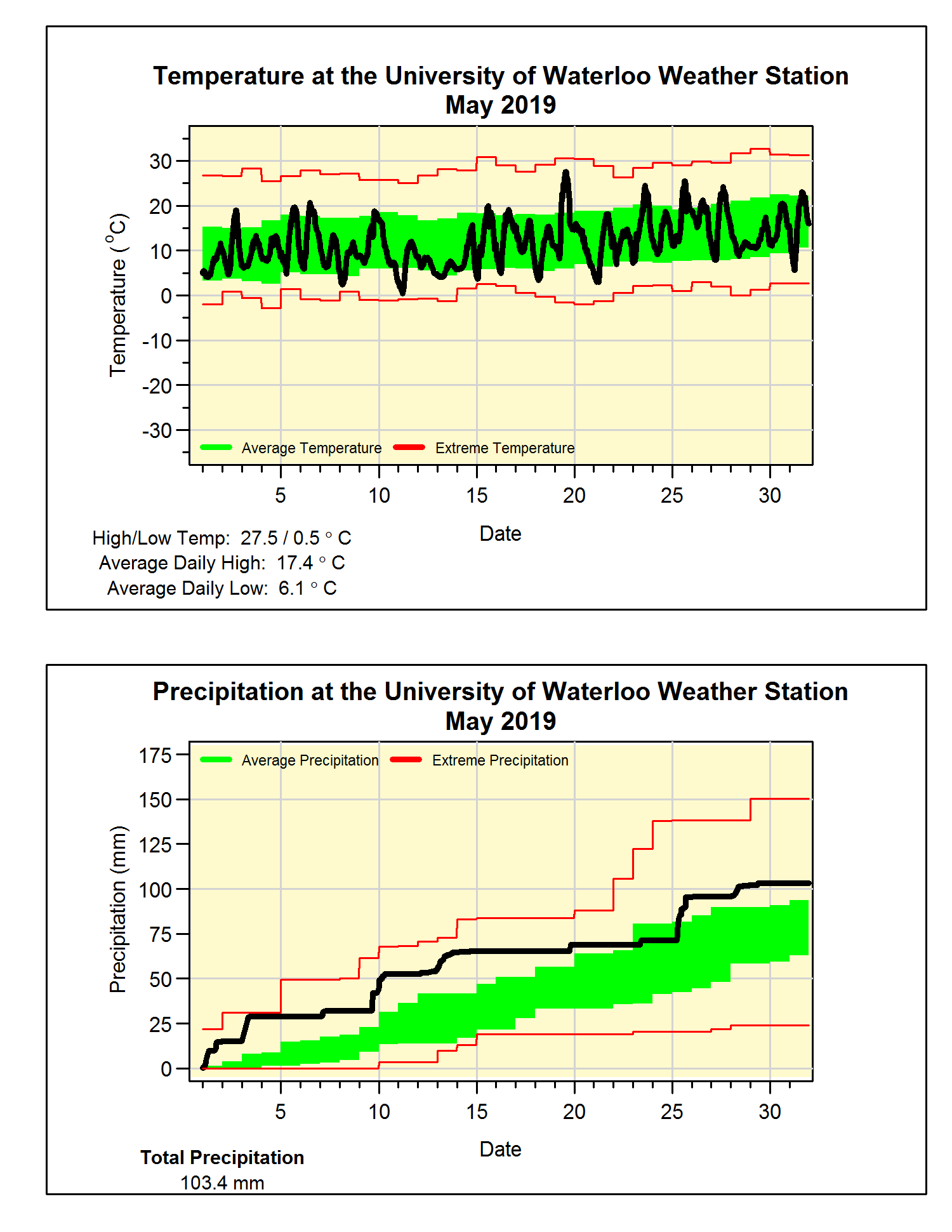