A snowy February with average temperatures

The month saw some dramatic temperature swings, starting with some lows below -20°C followed a couple of days later with a high above 10°C.  Then a week of colder than average temperatures was followed by almost a week of highs above zero.  Cold weather returned at the end of February with its coldest temperature of -26.7°C.

Not only was the total precipitation amount of 74.6 mm well above the average of 54.9 mm, there were also 20 days that showed some precipitation.  This is the highest number of days of precipitation in February since 2003.

A series of storms brought a lot of snow during February, 41.5 cm of snow fell which is much more than the average of 30.3 cm.  However, as we had a slow start to the snowfall season, even with this snowy month, the total we have seen far of 116.5 cm is still below the average of 125.6 for this point in the season.

Finally, if you haven’t already, there is still time to enter the annual UW Weather Station Contest.  We are looking for your guess for the first time the temperature will go above 20°C this spring.  Find out all the details and enter here: http://weather.uwaterloo.ca/contest/contest.html 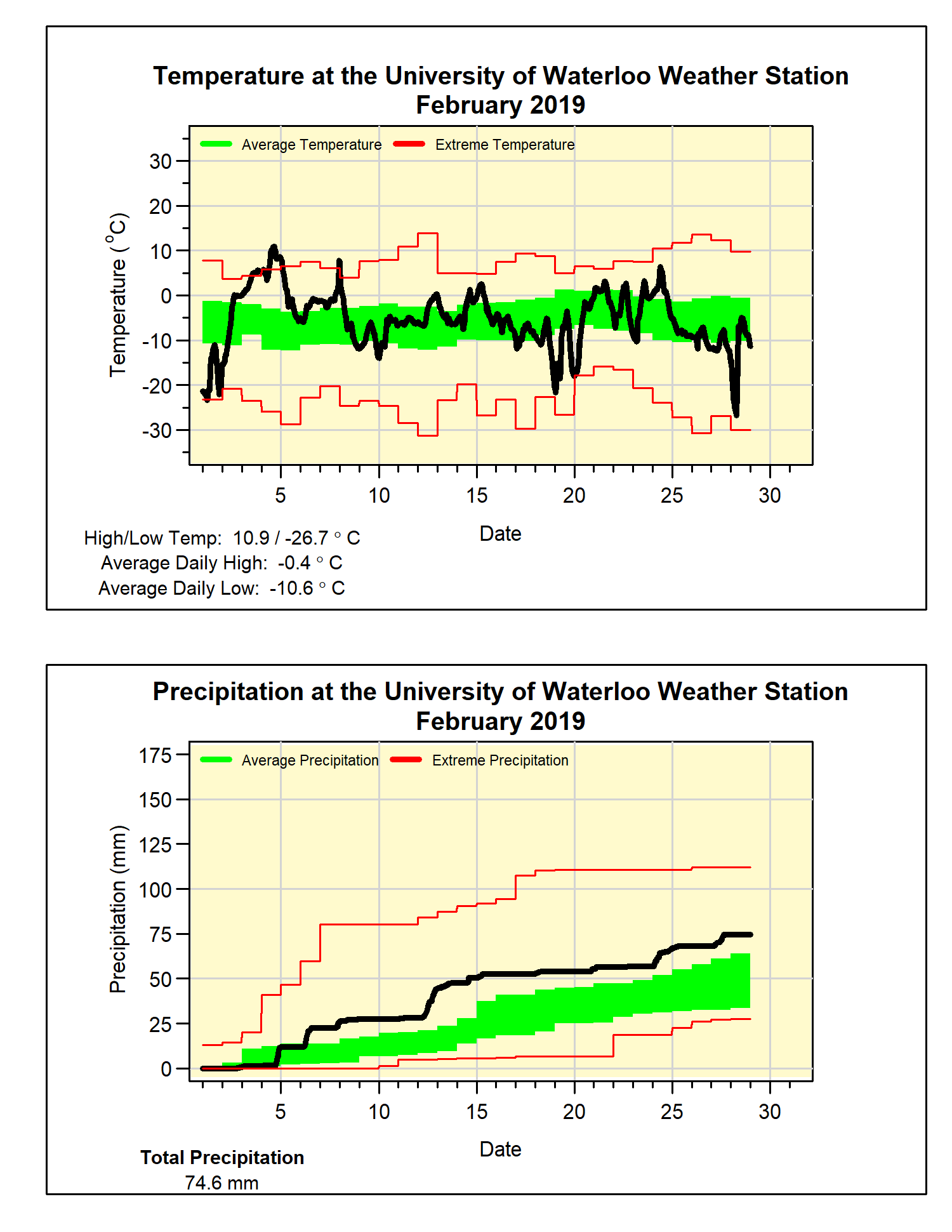