A cold and wet March that was mostly warm and dry (how did that happen?)

March was a month with many different faces.

For precipitation, the little we saw in the first 29 days was on the way to becoming one of the driest of all time.  But once again, March threw us a curveball and on the last two days of the month we saw 41.8 mm of the month’s total precipitation of 63.6 mm.  This was just barely enough to get the month into the above average range by less than half a millimetre.

Part of that precipitation in the last few days came in the form of snow with 13 cm coming down, while the total of the month was only 17 cm.  This puts us at 133.5 cm for the snowfall season and the question remains if there will we see any more to get us closer to the average of 159.7 cm for entire season. 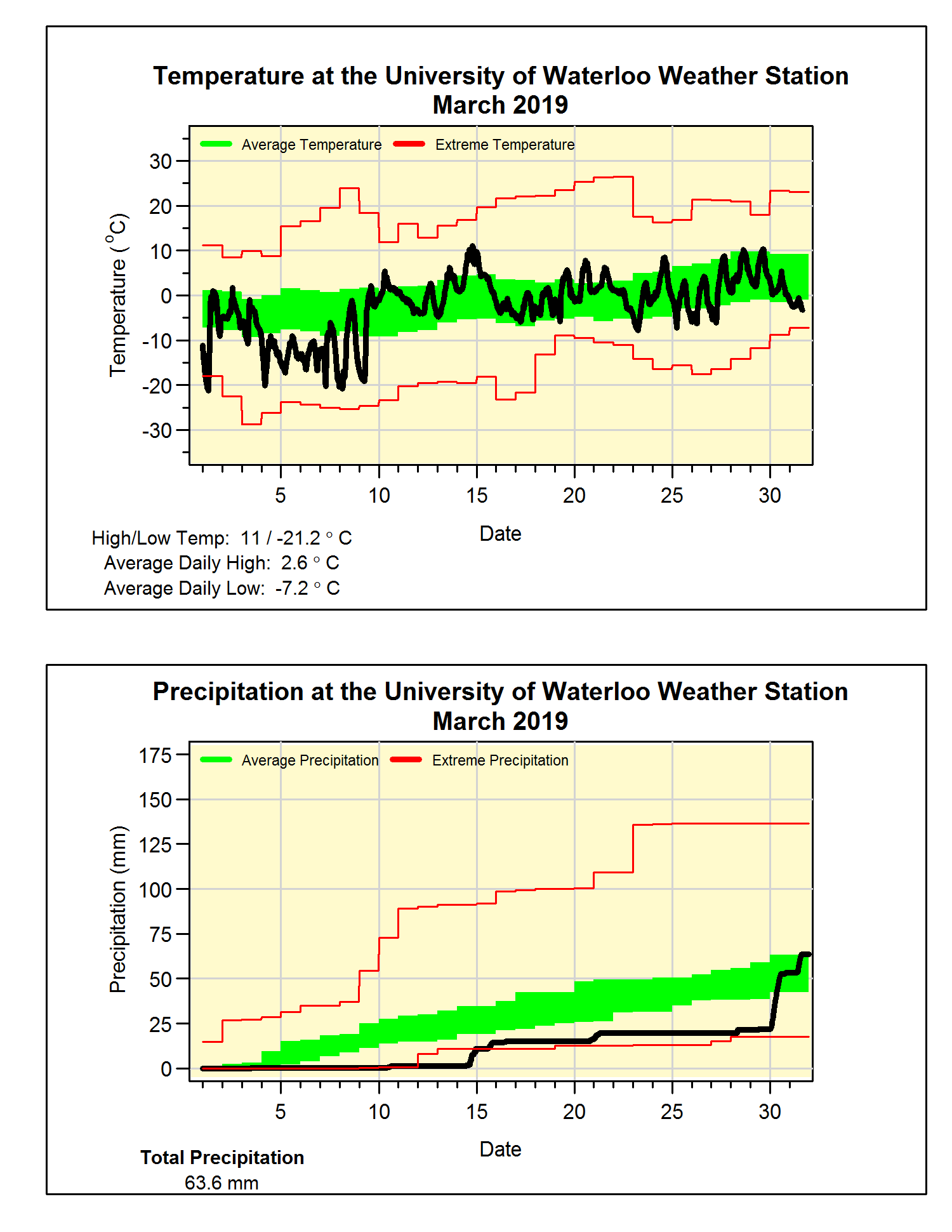