A warm January with average precipitation

After a couple of very interesting months weather-wise, the start of 2016 might have seemed just a little bit boring.  It was a warm month, with the overall temperature coming in a bit more than a degree above average.  But, this isn’t that special as we only have to go back 3 years to find a warmer January.

However, it was quite the contrast to the last two years as this year it was over 4 degrees warmer than those.  It also may have felt a lot warmer as there was never more than one cold day in a row.

The total precipitation for the month of 62.6 mm was just a little bit less than the average for January of 65.2 mm.  With the warmth we saw this month it isn’t surprising that the snowfall of 36.5 cm was also below the average of 43.7 cm. 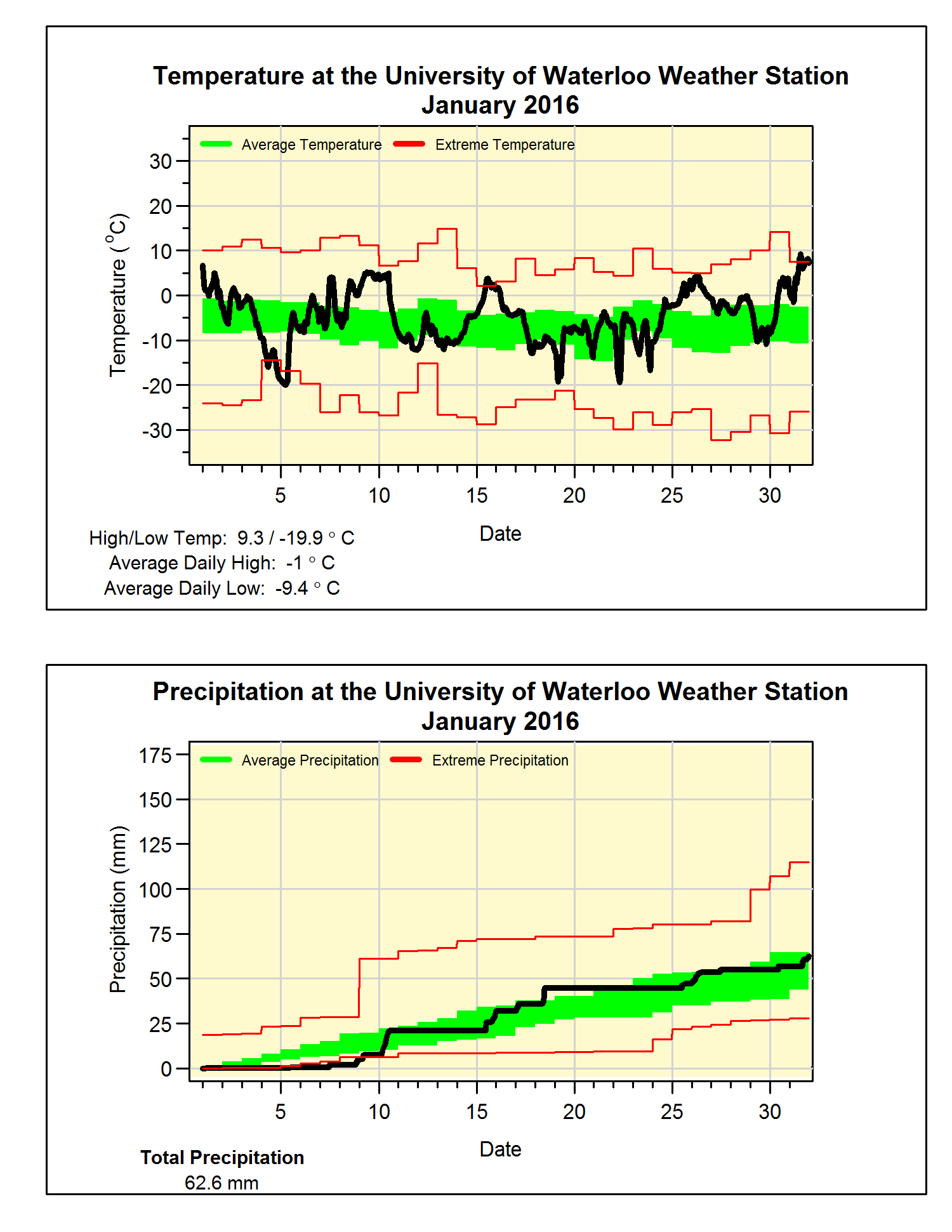