A cool and dry March

The temperature during March was pretty steady throughout the month, however as the temperature typically goes up by about 6 degrees from the beginning to the end, that means the overall temperature ended up about 0.4 degrees below average.  Although it is less than average it is still within the average range.

With a streak of 10 days with no precipitation (and a week before that with very little) it isn’t surprising that it was a below average month for precipitation with only 40.0 mm compared to the average of 61.0 mm.

There was only 9.5 cm of snow which is only about a third of the average for March of 26.5 cm.  That brings the total snowfall to 100.5 cm, much less than the average of around 150 cm for the end of this month. 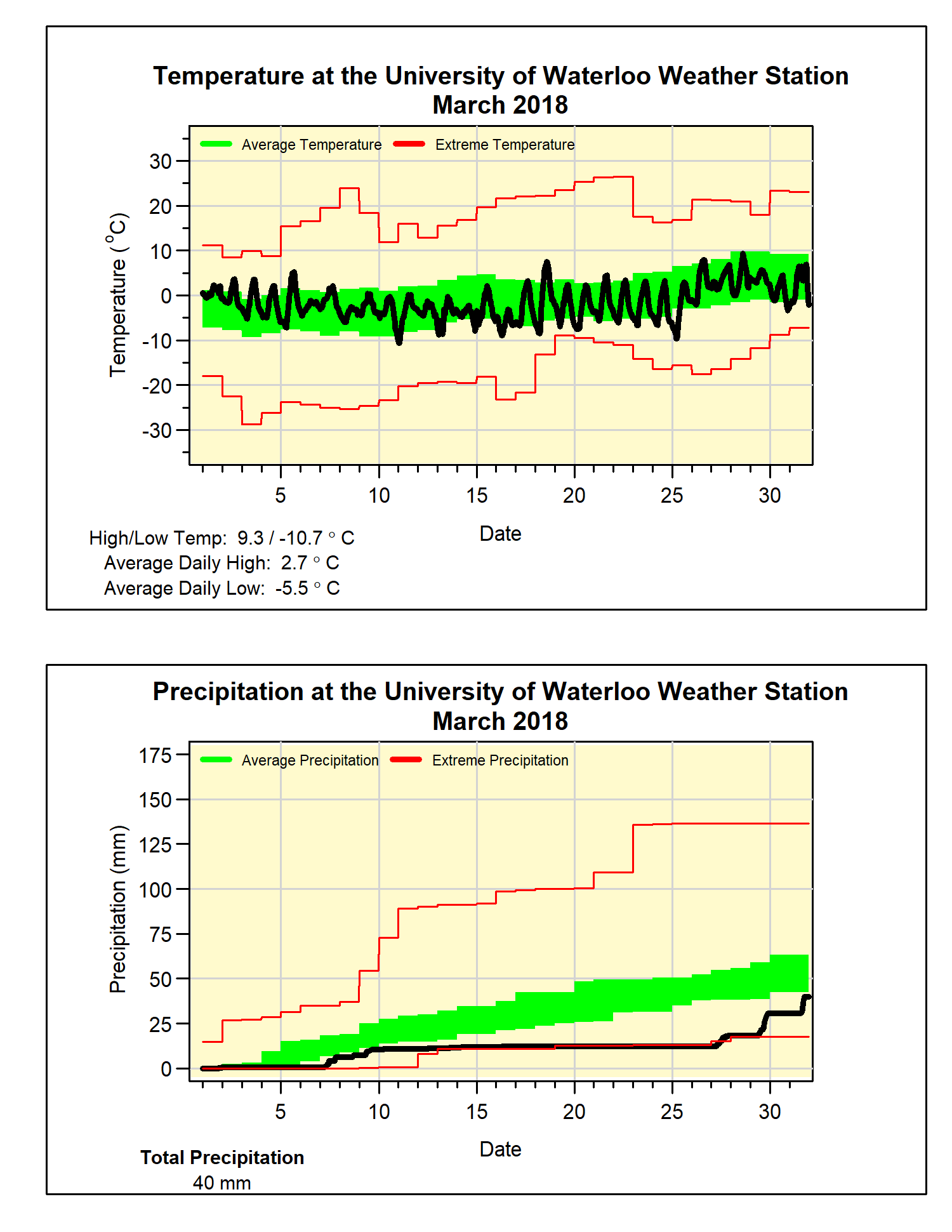