A hot August with average precipitation

In contrast to last year when the overall August temperature was almost 3 degrees above average, this year it was only 0.9 degree higher than average, putting it just into the above average range.  There was a definite shift part way through the month with the average temperature dropping a degree before and after the 21st, this shift can be clearly seen in the graphs.

About three quarters of the month’s precipitation came during 5 very wet days during the middle of the month, with the rest of the month being relatively dry.  The total of 89.4 mm was not enough above the average of 83.9 mm to put it outside of the average range for August. 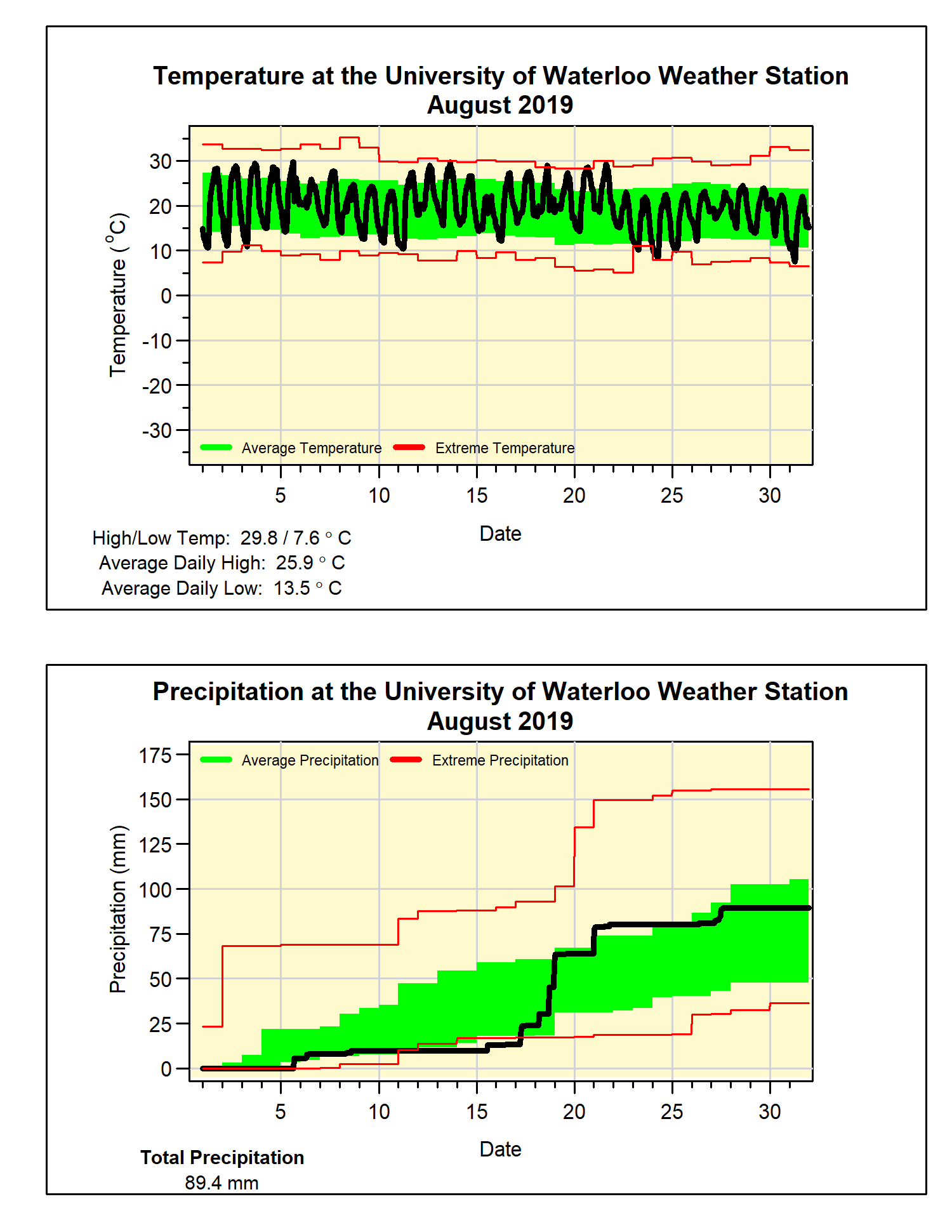