A warm and wet February

The first half of the month was a bit colder than average, however the heat really kicked into gear in the second half resulting in an overall temperature that was a little over 2 degrees higher than average.

It was the wettest February in the last 5 years with 84.0 mm compared to the average of 54.9 mm.  About half of the monthly total came during 2 really wet days (19th and 20th) when a total of 38.8 mm of rain combined with warm temperatures to melt almost all of the snow that was on the ground.

Before that rain, we saw 25 cm of snow during the first half of the month which is close the average for February of 30.3 cm.  That brings the total snowfall to 91 cm, which is now getting farther behind the average of 125.6 cm for this time of year. 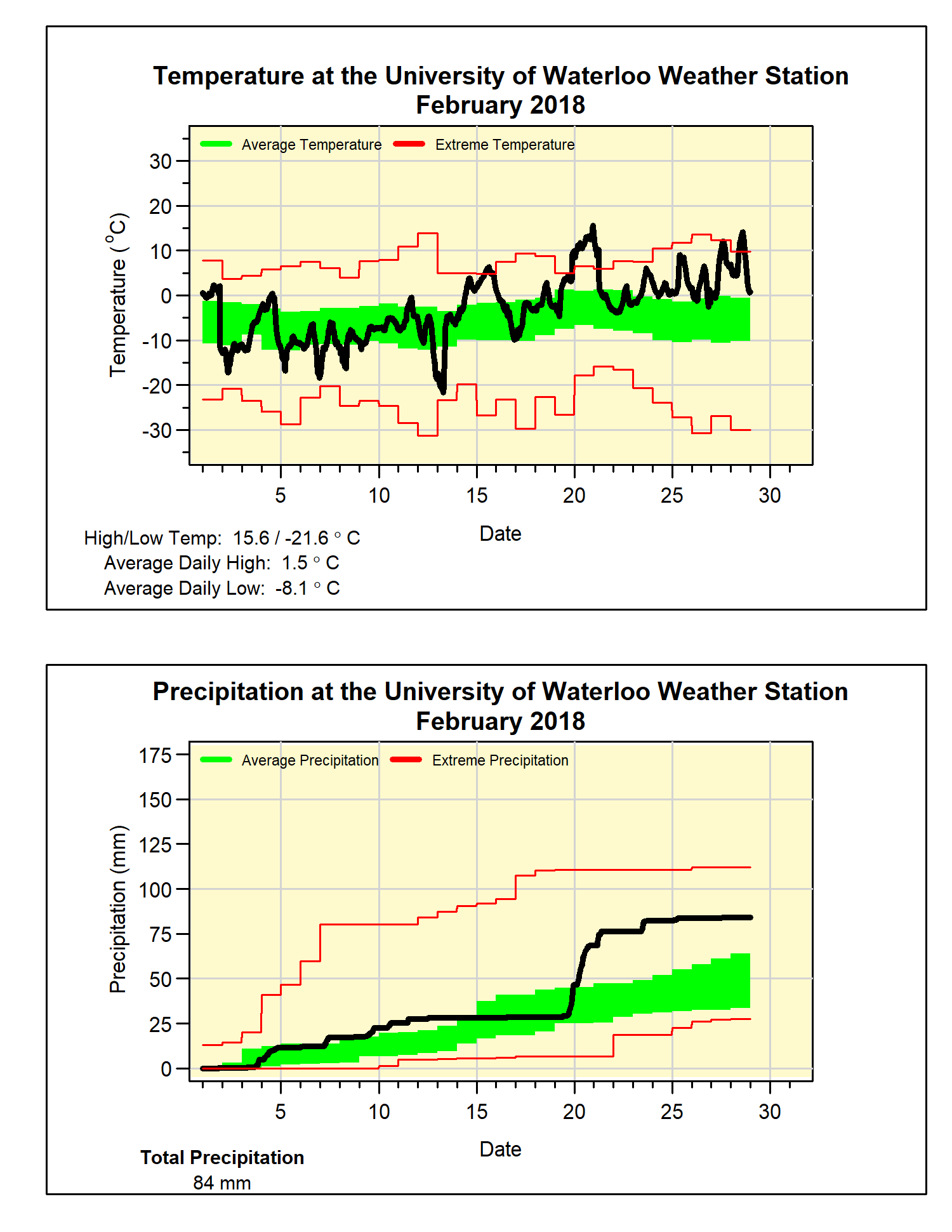