A hot and very dry July

We have now had our third month in a row of above average temperatures with July coming in at 1.5 degrees warmer than average.  However, it was the tale of the two halves of the month with the first half being 2 degrees warmer than the second half.  That first half of the month also saw all of the 10 days that were above 30°C, something we only see 3.5 times on average in July.

The bigger story was the lack of rain during the first 15 days of the month, which combined with the high temperatures, made it hard for non-irrigated vegetation.  We broke that drought with 23.4 mm on the 16th followed by what was a pretty average rest of July.  However, this could not fill the deficit and the final total of 51.2 mm was only a little more than half the average total of 98.6 mm.

But even as hot and dry as that seems, note that we only have to go back to 2012 to find a July that was both hotter and drier.

This dry month brought the total precipitation for the year of 517.2 mm back down closer the average of 509.0 mm. 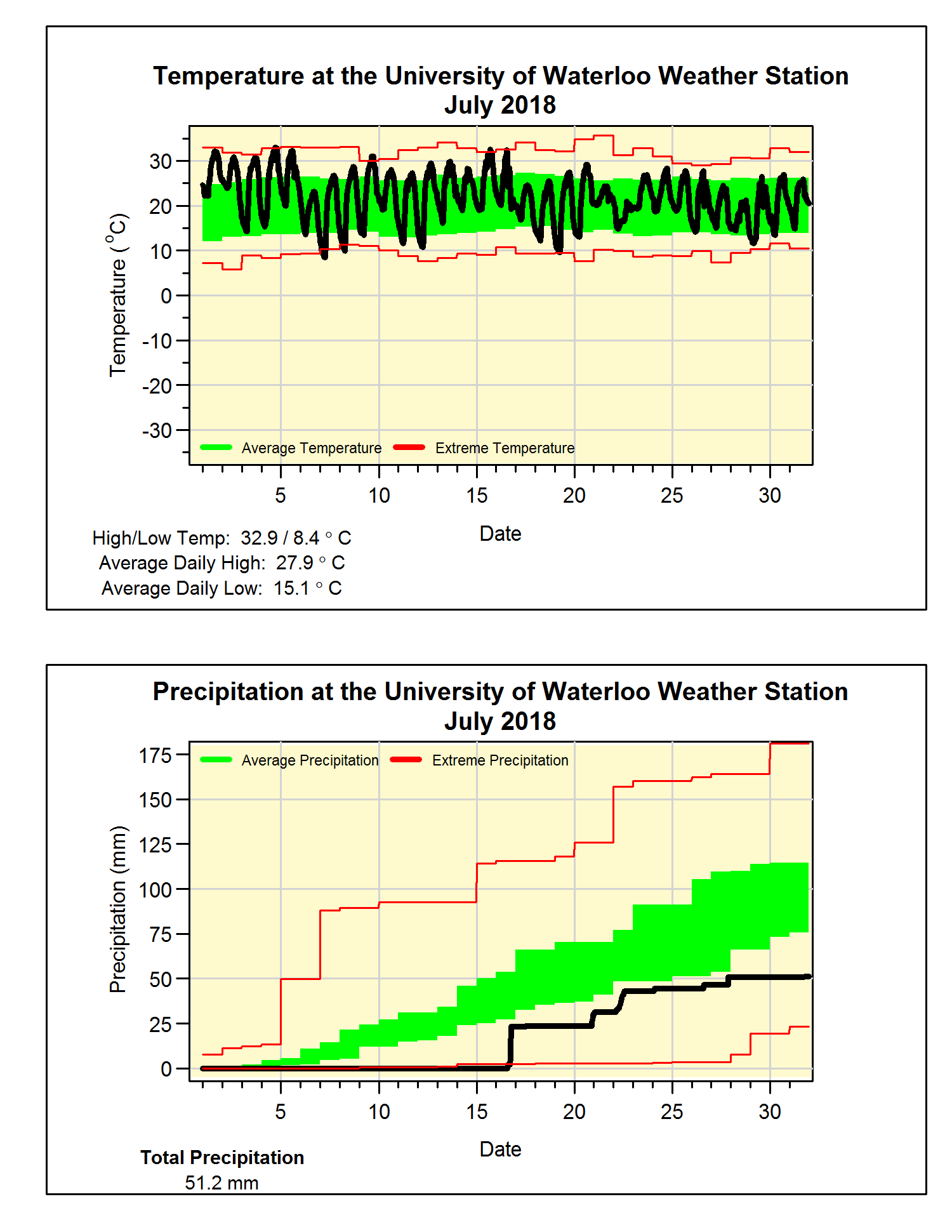