A cold April with average precipitation

Apart from a week in April that taunted us with spring-like temperatures, the rest of the month was pretty cold.  This resulted in a colder than average month (2.3 degrees below) for the first time in over a year and the coldest April since 1995.

Another interesting note is that the minimum temperature on the 5th of -14.7°C was the fourth coldest April temperature we have seen in the over 100 years of records in the region. 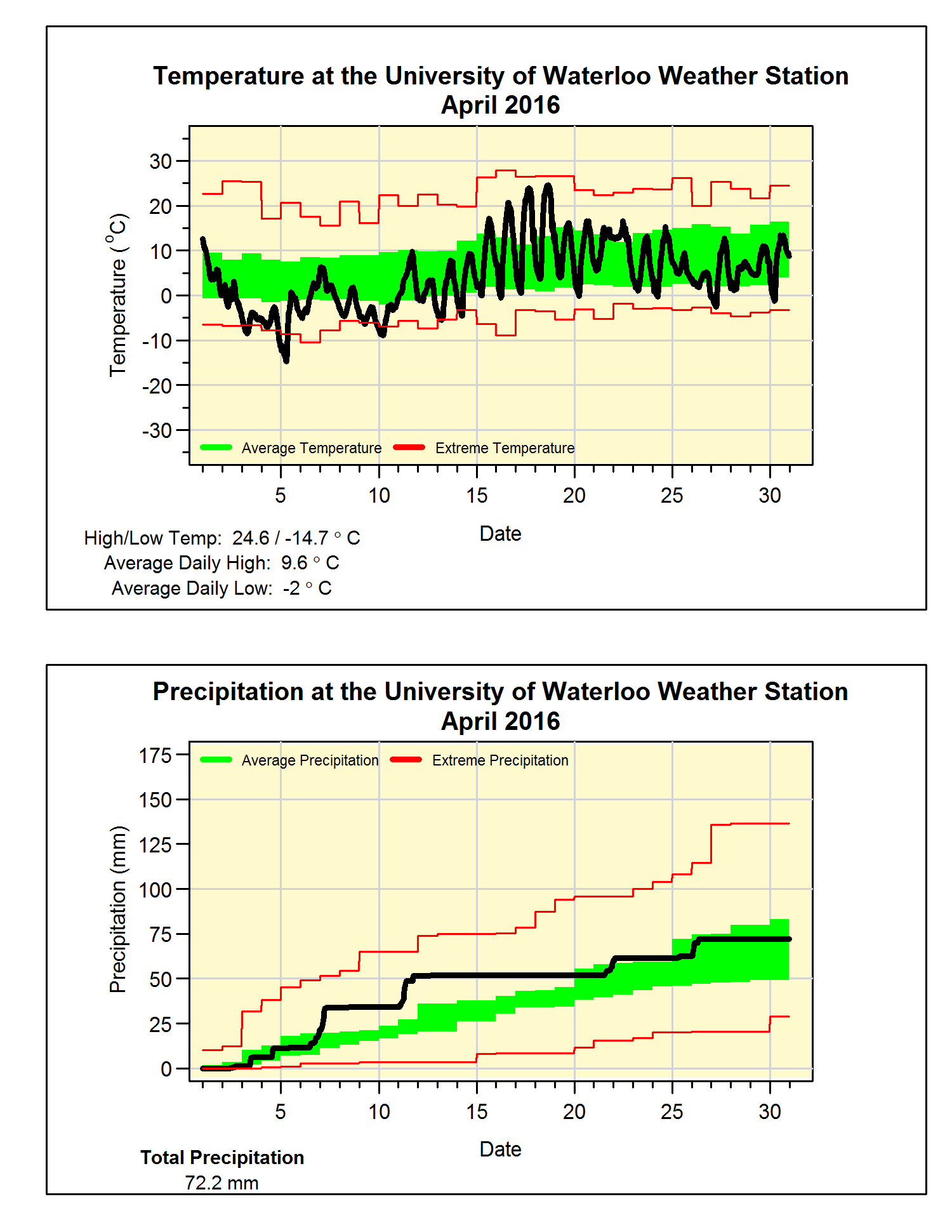