A cool day and night

The high temperature only got up to 20.3°C on Thursday and the low on Friday morning went down to 7.5°C.

These were the coldest daytime high and nighttime low temperatures that we have seen in almost 2 months.

Get me a parka!

Even with the rain we had over the weekend (about 13 mm) we still have only seen about one third of the average amount of precipitation for the month with a little over a week left.

With the relatively wet June and July it doesn't look like most of the lawns around the area are really showing the effects of the dry August so far.
Posted by Frank at 8/23/2010 No comments:

What does this thing do?

As this is Waterloo, odds are a lot of people can identify the image below. But for those that don't know, it is called a QR code. Basically it is a method of linking to a website without having to type out the URL. They are typically scanned in using smart phones which is why the QR code below links to the mobile version of the UW weather station site. 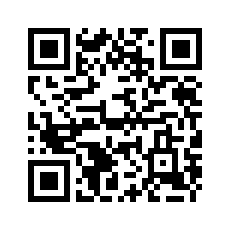 By the way, this was sent in by David Carr and I think it is a cool use of new technology.

So is this a useful addition to the UW weather station page? Is it big enough on the homepage? Is it too distracting?

Had a few emails about this, so here are the current estimates for the Northern Light show peaks: 2 am Wed, 1 pm Wed, 8 pm Wed, 2 am Thurs EDT. Remember it may or not be visible in our area and will be most visible outside of the city lights.

(do send along any pictures if you happen to see any)

Here is a good up to date place to find out what is happening:

A very hot July that was also very wet

It was very hot for the first week of the month and then it was just a bit hot for the rest. Overall it was a full 2 degrees above average and about 4 degrees hotter than what we saw last year in July.

It was looking like a very average month for precipitation up until the morning of the 23rd, when we received over 35 mm between 7:45 am and 8:15 am. This was a 1 in 10 year precipitation event that caused some flooding in the area. At 65.2 mm it was also the wettest single day since July 11, 2008. (see some pictures of Silver Lake after the storm here: http://uwweatherstation.blogspot.com/2010/07/friday-mornings-significant-rain-event.html )

These last two very wet months have made up for the dry beginning to the year and we have now had the average precipitation for the first half of 2010.