An average August for both temperature and precipitation

This pretty average month kept the total precipitation for the year (516.4 mm) pretty much the same distance from what we would expect at this time of year (596.0 mm). 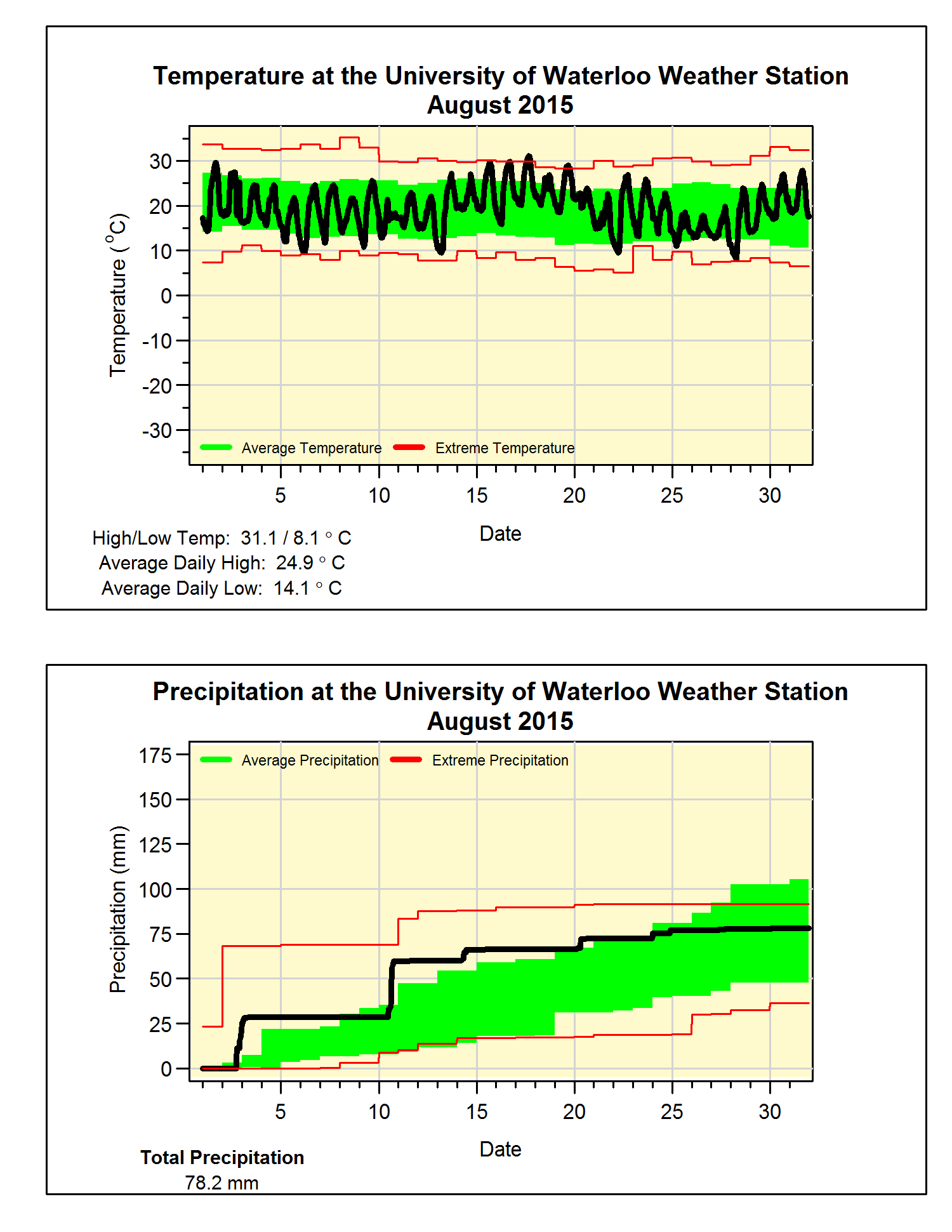