A very average April for both temperature and precipitation

There were quite a few really warm days during the month, but these were offset by a cold spell during the last half of the month.  It was an average month for temperature as the overall temperature was just 0.1 degrees below the average and the first month of the year that wasn’t in the colder than average range.

It was also a pretty typical April for precipitation with a just few storms here and there.  The 77.0 mm we saw was a bit higher that the average of 74.5 mm, but still within the average range.

A close to average month for precipitation means that we didn’t really close the gap between what we have seen so far this year (198.7 mm) and that we would expect at this point in the year (264.4 mm). 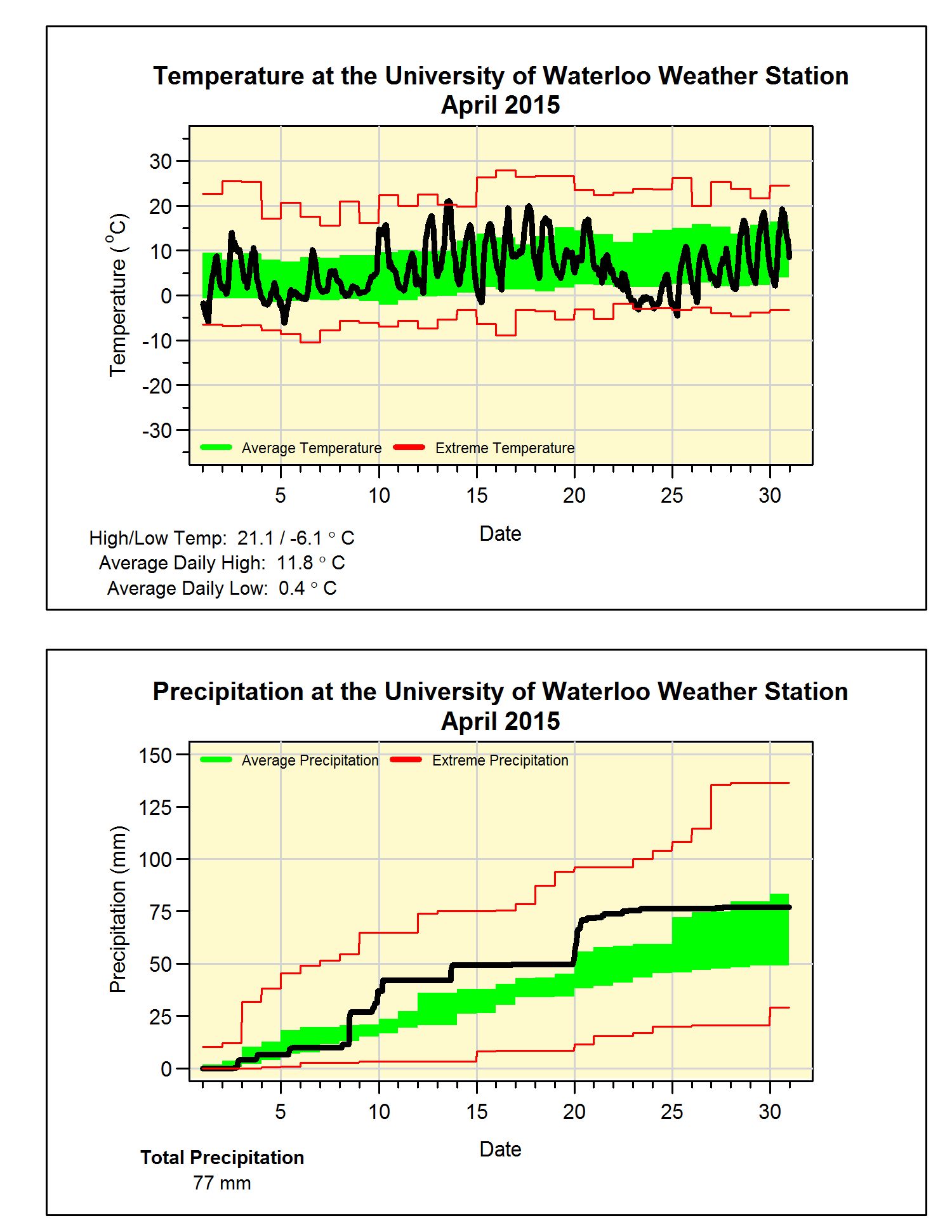