The month of September saw 2 different heat waves, it started with 5 days of temperatures close to 30°C and then another 5 that were above 25°C around the middle of the month.  Although there were a few cooler days in between, the average temperature was almost 3.5 degrees above average.  This resulted in it being the 5th warmest September in the 100+ years of records in the region.

A couple of other random facts about this past September: The 5 days 30°C or over were the most since 1952.  The average low temperature was 4 degrees above average, this is the third highest in the historical record.  This month continues the pattern of warm Septembers we have seen recently, with only 1 in the past 20 years slightly below the 1981-2010 average and the rest above.

A dry 10 day period in the middle of the month resulted in the total precipitation (62.8 mm) coming in well below the average (87.8 mm).  The amount of precipitation we have seen so far this year of 690.9 mm is just slightly above the average of 683.5 mm. 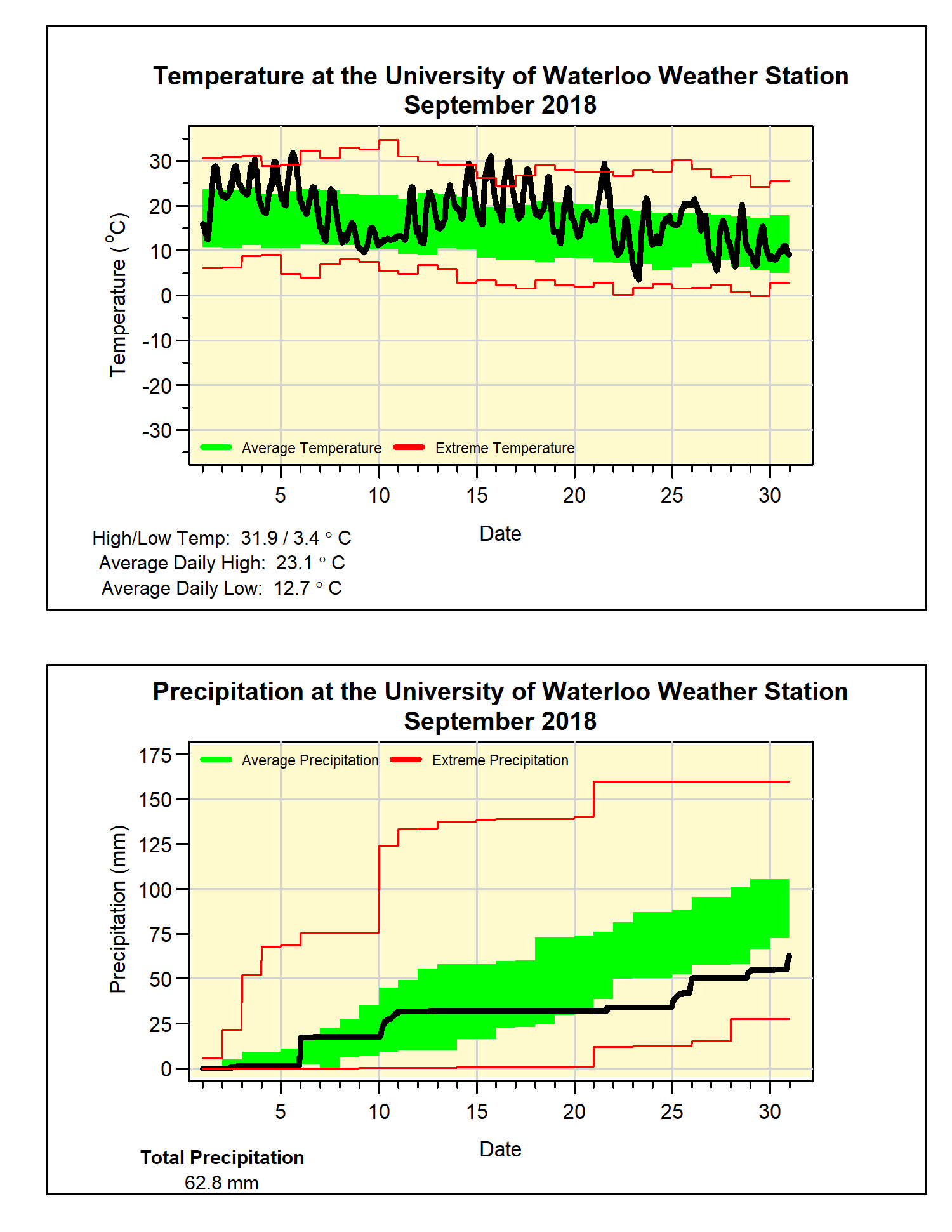