A very warm October with above average precipitation

Most of October was really warm and if it wasn’t for the cooler temperatures in the last week it might have been one for the record books.  As it was, the overall temperature was over 3.5 degrees above average making it the second warmest in almost 50 years (it was 5 degrees warmer than average in 2007).

We also saw 12 days in October where the temperature was over 20°C, we haven’t seen than many since October 1971.  But the most significant day was the 22nd when the temperature topped out at 25°C, this was tied with 1947 as the latest day of the year with a temperature above 25°C in the over 100 years of weather records in the region (just for the record it got up to 25.6°C that day in 1947). 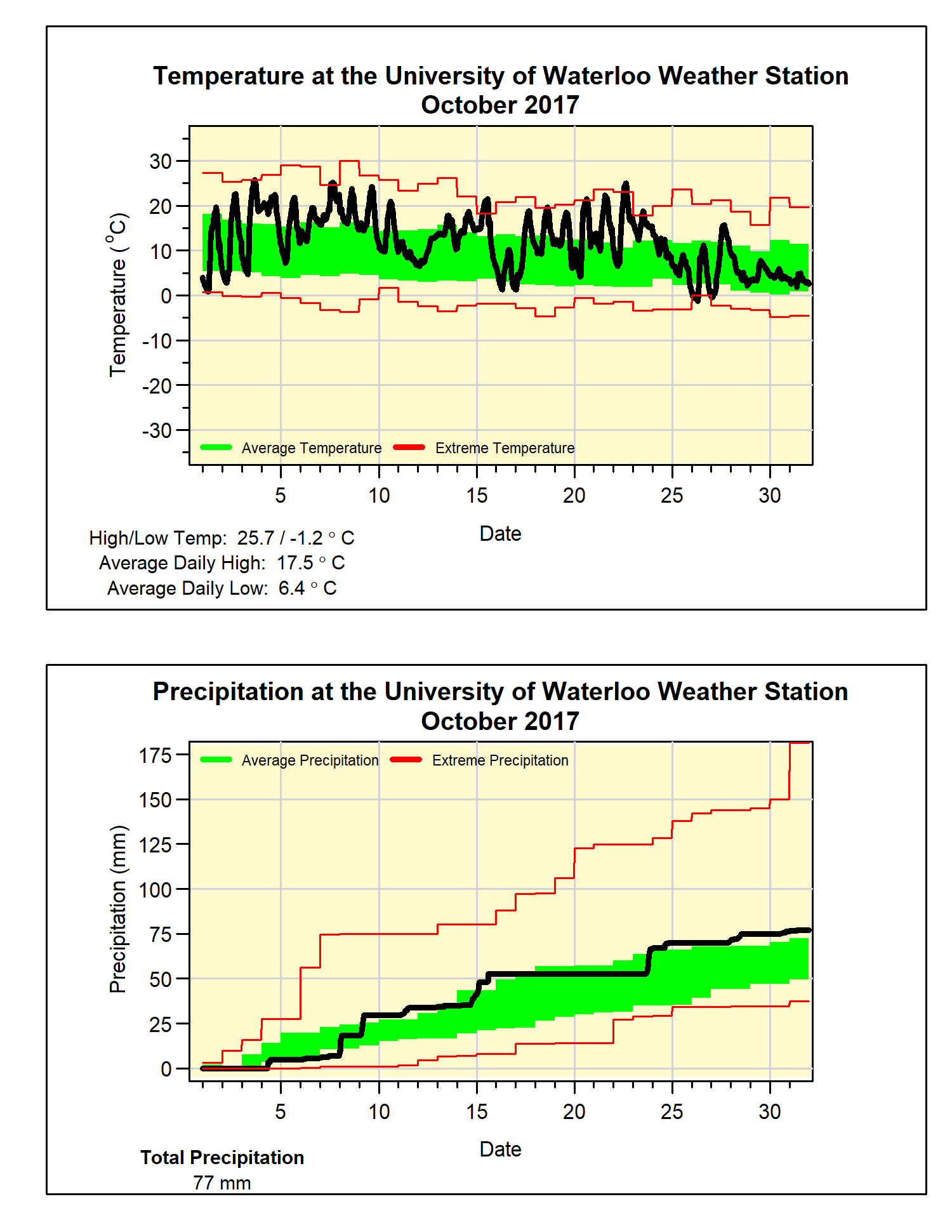