A dry November that was the coldest in almost 25 years

For the second year in a row we had a very cold November, with this one coming in at 2.5 degrees below average and almost half a degree colder than last year.  This put it at the 6th coldest in the over 100 year history of weather records in the region and the coldest since 1996.

Although there was a steady amount of precipitation throughout the month with a little bit coming every few days, the total of 52.8 mm was well below the average of 87.1 mm.  The total we have had so far this year of 866.0 mm is not that much above the average of 832.9 mm, which means we are setting up to have an average year for precipitation overall.

It isn’t that unusual to get some snow in early November or even late October, but usually those are smaller amounts.  So the 12.5 cm of snow that fell during the 11th was the earliest date for over 10 cm of snowfall since Oct 31, 1997 when there was 12 cm.

The total snowfall for November was 16 cm, which is a bit more than the average of 13 cm for the month. 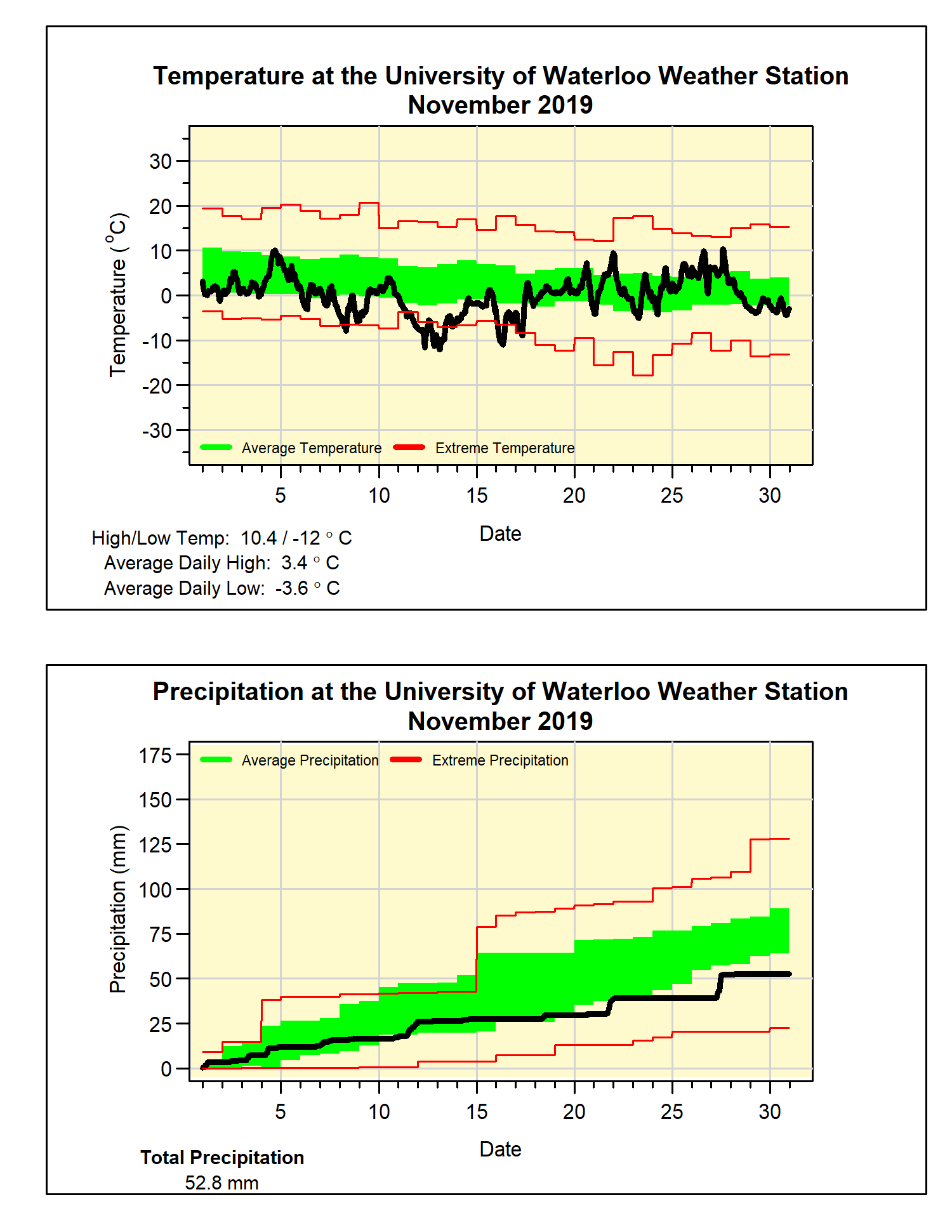