The hottest August in 55 years and the wettest in 30

The month of August was the hottest we have seen since 1959 and the 5th hottest in the 100 years of records in the region.  There was only 1 day that was colder than average and that was only by a less than a degree.  The overall temperature was over 3 degrees above average, the most above average month this year.

Drought? What drought? After 3 really dry months in a row, this August was the wettest once since 1985 with 155.6 mm of precipitation.  This was almost as much as we had in the previous 3 months combined (167.6 mm).  It also puts it at the 7th wettest August in the region.

Generally we don’t see weather that is overall warm and wet at the same time, looking at a graph of temperature versus precipitation anomaly (see below), you can see that 2016 is out on its own towards the upper right of the graph.  Note that the crazy total for 1915 was caused by a recorded daily precipitation of 175.3 mm on the 4th which is more than 100 mm more than any other station recorded that day in the area.  So I see that data point as suspect, but even if you take 100 mm of the total is was still by far the wettest August we have seen in the region.

Given the wet month it is not surprising that the total for the year of 640.8 mm has gone above the average of 596.0 mm for the end of August. 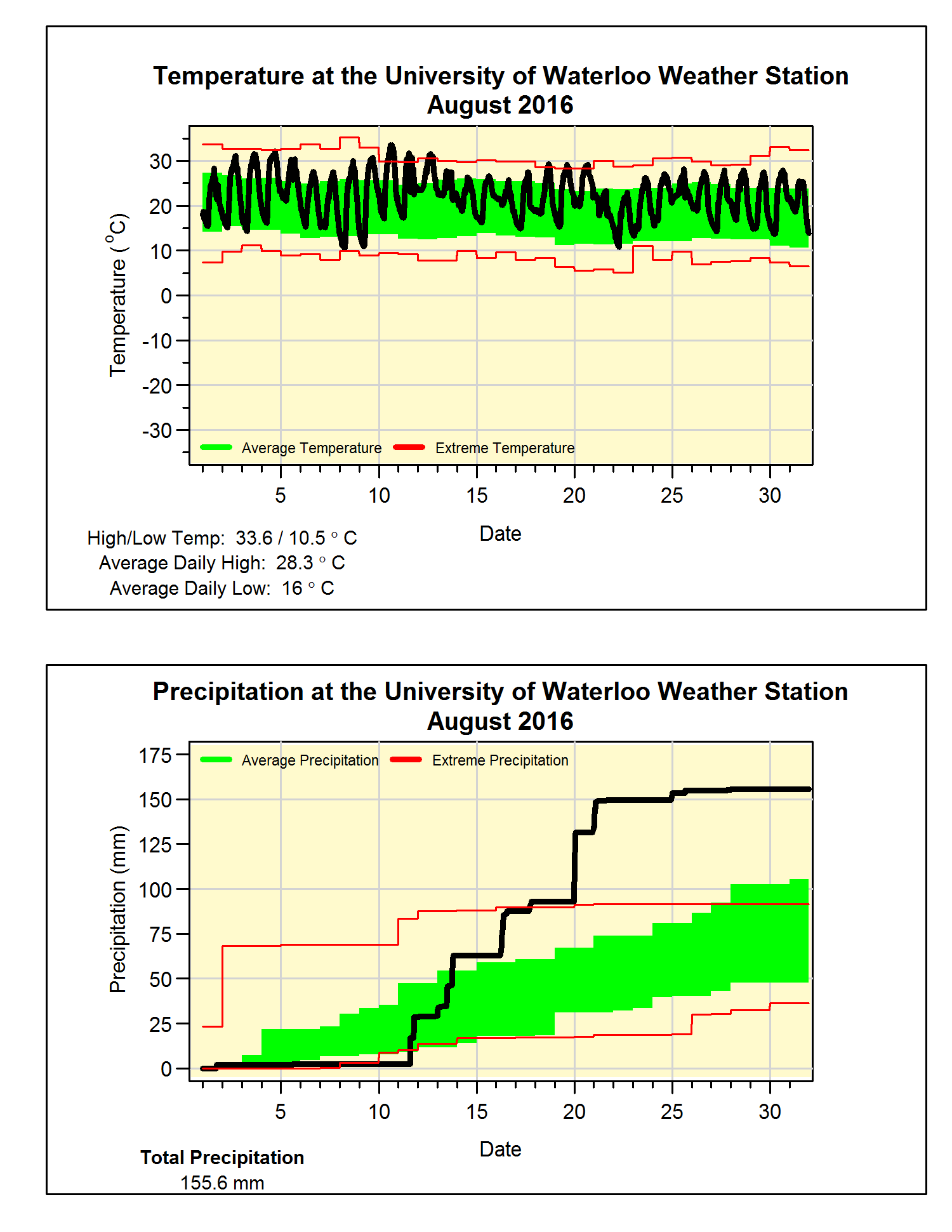