It took a while, but finally on May 1st at 10:00 am the temperature went over 20°C for the first time this year when we saw a reading of 20.1°C.  This was much later than the previous latest date for the 20 years we have been running the contest, which was April 19th (in 2006).  Of course if we look back in the history of records in the region if there had been a weather station contest in 1919 the winner would only have been crowned on May 13th.

So congratulations to Will Gilbert who guessed a date that was almost 2 weeks later than the previous latest date in the contest, I highly respect that he was not afraid to choose a date outside of the recent historical pattern.

Here is his explanation of why he chose that date:

I figured that this year the weather was different from the past.
December was very cold, but the second half of February was very warm;
in fact, it was 16°C a few days before I voted. However that was about 6°C higher that it had ever been previously on that date, and it did not look as if that warm trend would go into March.

In second place was Greg Friday who also chose May 1st, but just a later time.

Both the winners will be receiving prizes graciously supplied by the UW Shop.

Thanks to everyone who entered and as always enjoy the weather.


A wet April that was the coldest on record

Yes it was cold in April, but not just kind of cold, record breaking cold!  At 4 degrees below average, it was the coldest April we have seen in the region since records began back in 1915 beating the previous record set back in 1975.  It was also the most below average month since February of 2015.

It was cold right out of the gate as 20 of the first 21 days of the month were less than average and there were only a total of 6 days overall that were warmer than average.

During 3 really wet days between the 14th and the 16th there was a total of 72.6 mm of precipitation, this was almost more than monthly average total of 74.5 mm.  Not surprising the final total of 124.2 mm was well above average.

Let’s call an end to the snow season (I know famous last words), so the 10 cm we had in April puts the total for the snowfall season of 110.5 cm which is only about two thirds of the average of 159.7 cm. 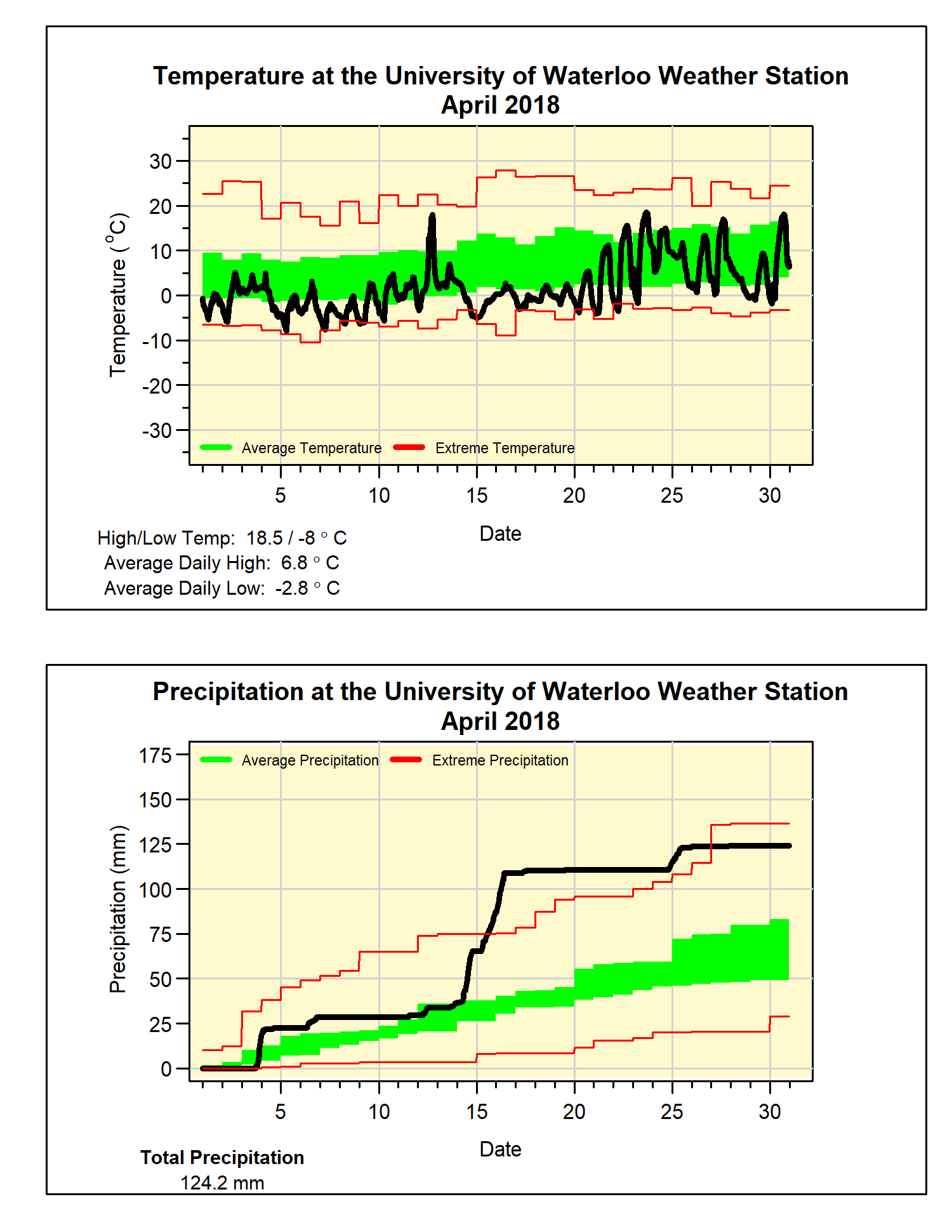