A hot August that was also wet

Well that was a very hot August, coming in at 2.8 degrees above the 1981-2010 average making it the second warmest in the past 20 years and in the top 10 in the 100 years of data in the region.  It was a consistent warmth with the average temperature of only one day (the 22nd) being below average.

Although the days were warm, the heat didn’t go away overnight as the daily low temperatures were the warmest in 20 years.  Which means that if you didn’t have air conditioning it may have been difficult to sleep.

Despite a dry period of about a week, there were also 3 days above 20 mm of precipitation resulting in a total for August of 110.7 mm compared to the average of 83.9 mm.  This wet month brought the total precipitation for the year of 628.1 mm back above the average of 596.0 mm for this time of year. 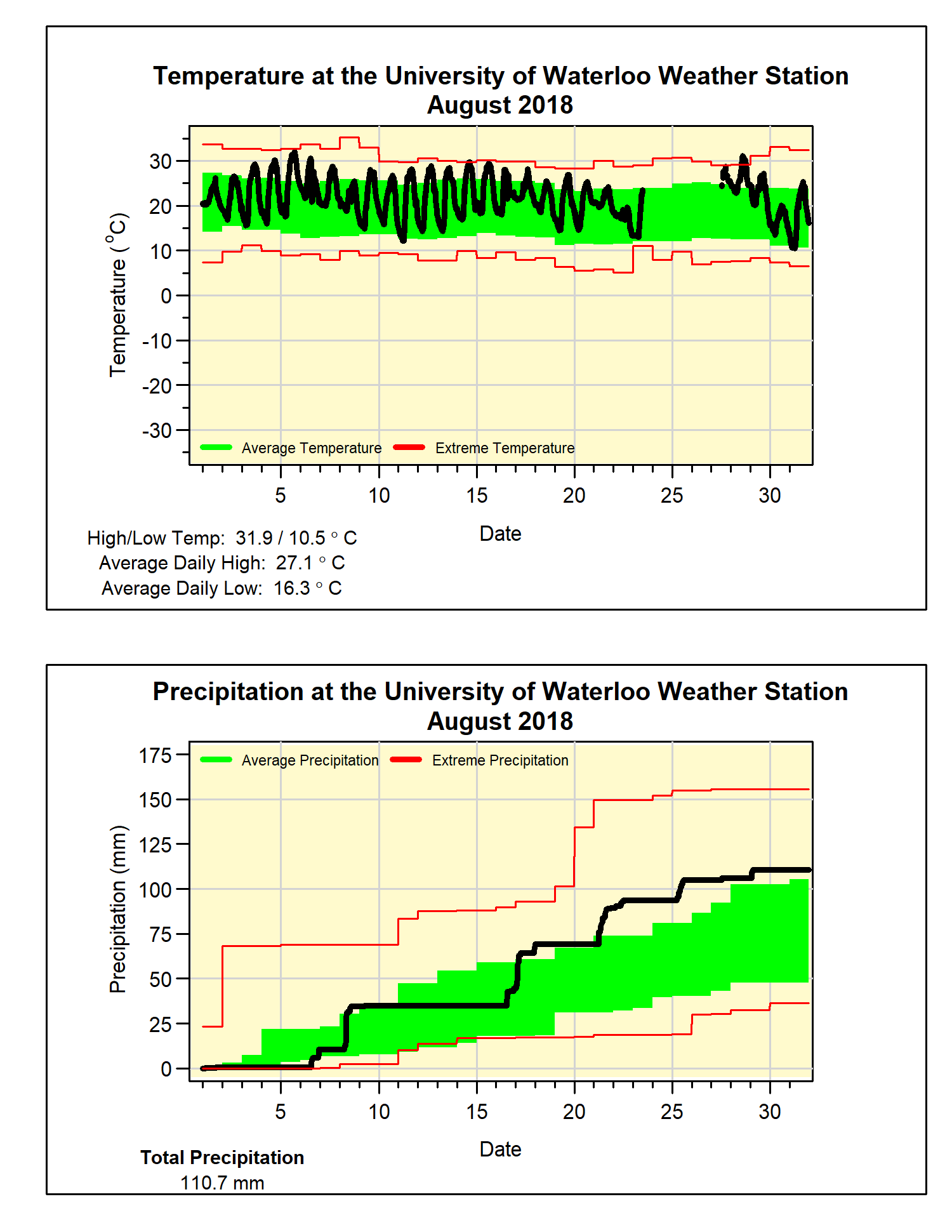