A record wet January with a lot of warmth as well

I know that the precipitation was the big story of this month, but first let’s examine just how warm it was.  At almost 4 degrees above average, it was the 6th warmest January in the over 100 years of weather records in the region and the warmest one since 2006.  During the month there was really only one really cold day, the 20th when it briefly went down just a bit below -20°C.

Of course the big story of the month was the heavy rain that fell on January 11th, it started in the morning and lasted the entire day, ending with a total of 79.6 mm.  This was almost double the previous record single day’s precipitation in January of 43.0 mm on January 15th, 1995 and more than the average for the entire month.  Not only that, it was the wettest day for any month since July 7, 1991 when 82.0 mm came down.

However, it was also wet the rest of the month, as even without the 11th the precipitation for January still would have been above average. As it stands, the 154.7 mm was more than 2.5 times the average of 65.2 mm, not surprisingly this was the wettest January on record in the region, eclipsing the previous record of 134.9 mm in 1929.

Even though there was lots of rain, we also had 38.5 cm of snowfall in January, which is less than the average of 43.7 cm for the month.  The total snowfall since the beginning of the fall is 73.5 cm, below the average of 95.3 cm for this point in the snowfall season. 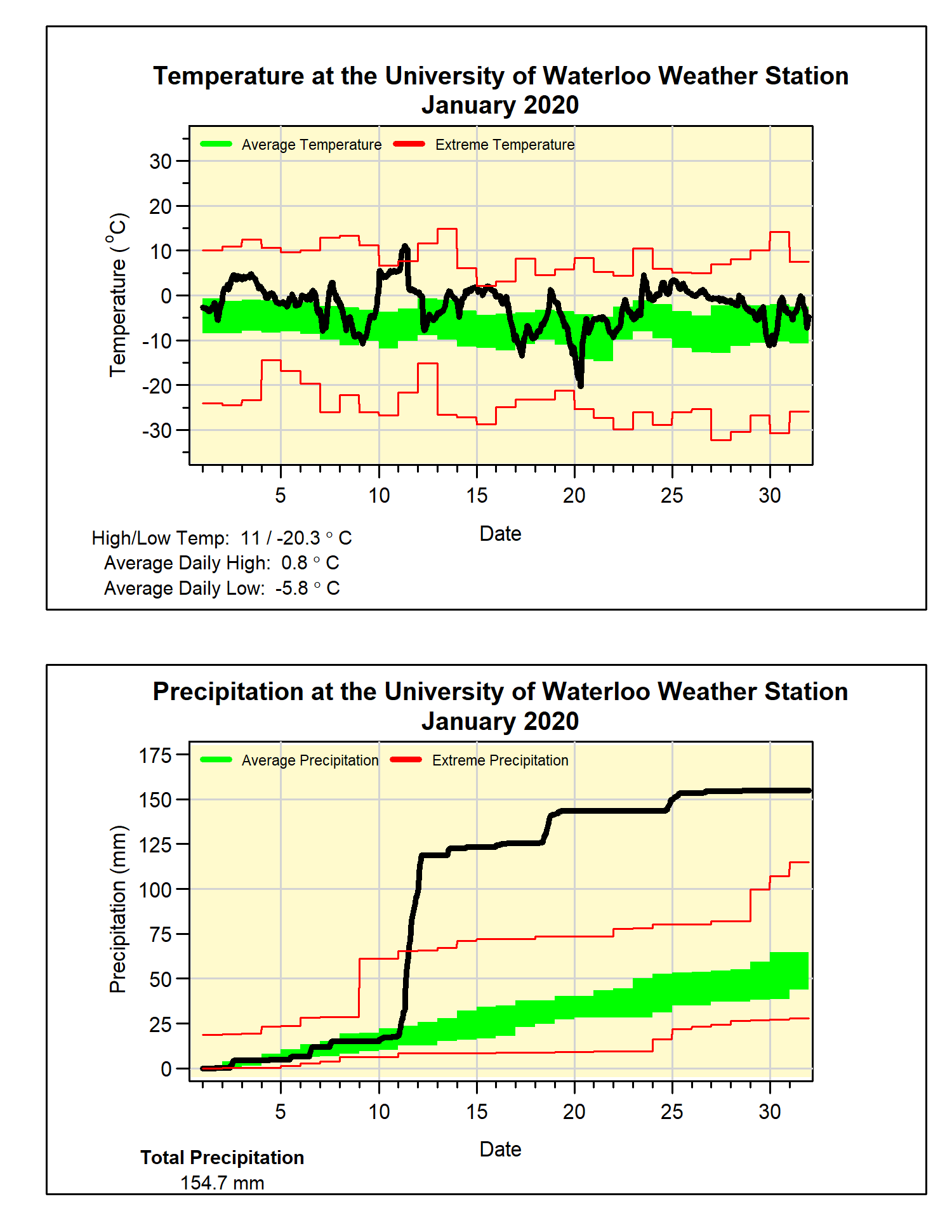