A cool and very wet May

The see-saw monthly temperatures continued in May with much cooler temperatures than the warmth we saw in April.  With a very cold start to the month and only a couple days above 25°C, the final overall temperature was 0.6 degrees below average making it the coldest May since 2009.

But the bigger story was that it just wouldn’t stop raining (well actually it did for a week but that didn’t seem to matter).  The total of 146.2 mm was much more than the average of 82.3 m, this is a lot but not even in the top 5 for the history of measurements in the area. 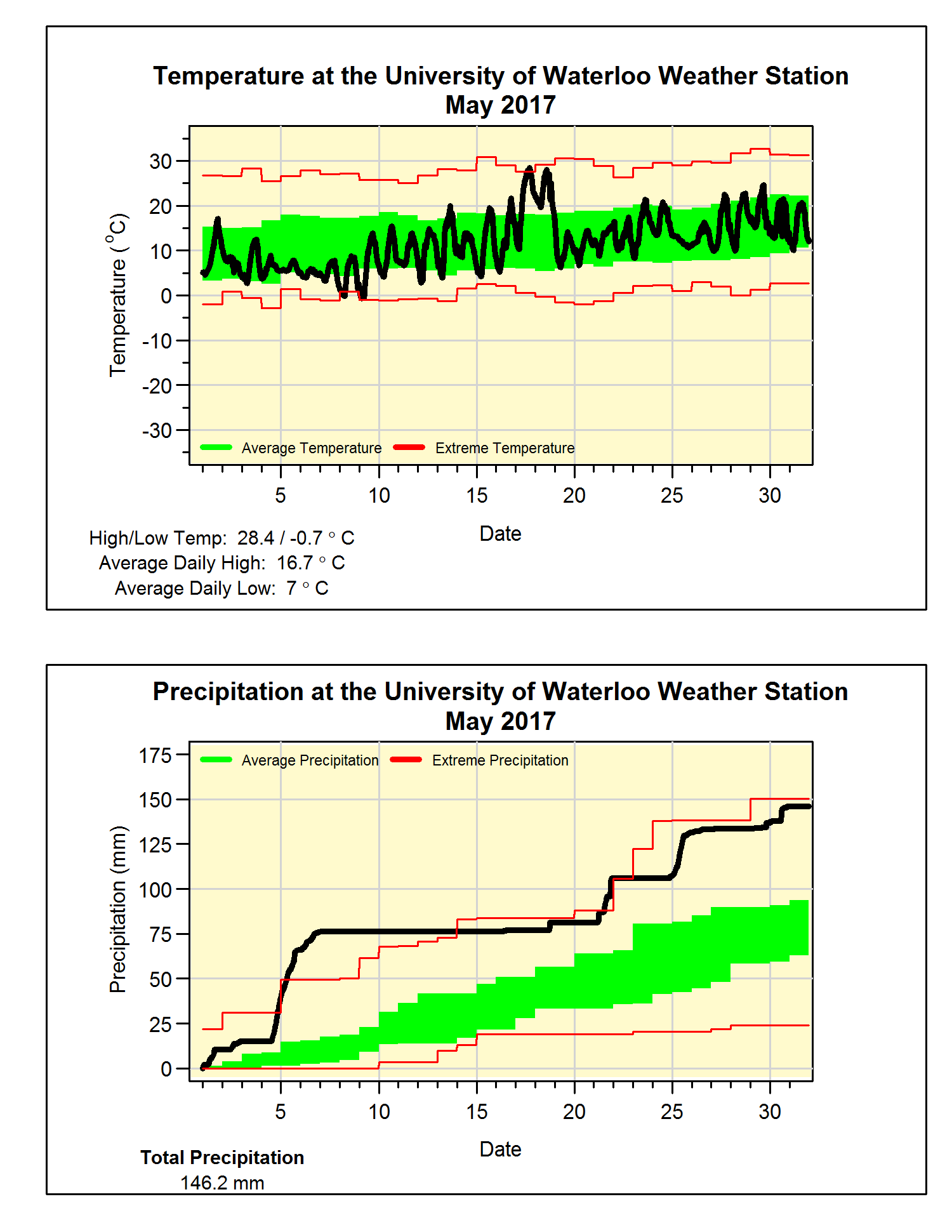