The year started off really cold with only a few warmer than average days during January, but this was only a foreshadowing of what was to come.  Not only was it followed by the coldest February in the region, but it was the coldest of any month.  Also of note was the low temperature on February 16th of -35.5 °C, which was the coldest day we have recorded in the 17 year history of the UW Weather Station.

The spring started out cold with March being at a little more than a degree below average (it turned out to be the last colder than average month of the year).  Then April was exactly average followed by May which jumped up to being over 3 degrees warmer than average.  Even with the warm temperatures in May, a cold snap late in the month resulted in the temperature going below zero on May 23rd, this was the latest in the history of the UW weather station.

The summer saw its share of both hot and cold days resulting in it coming out to pretty much average in the end.  The rest of the year was warm, starting with September at 4 degrees above average, which was the second warmest ever in the region, followed by October that was just about a degree above.  November came in at 3 degrees above average and had both the second and third warmest November temperatures since records began in the region.

Then came December, which ranked as the warmest ever seen in the region by a full 2 degrees and it didn’t have any colder than average days.  Overall for the year, it was 0.43 degrees above average during the year, this puts us pretty much in middle of the pack for the last 10 years.

As for precipitation, the year started off on the dry side and by the end of May it was approaching the extreme low for that time of the year.  However, June was the wettest month of the year which almost put the total back into the average range.  The rest of the year saw mostly drier than average months with October being the only exception.

The total precipitation for the year was 814.2 mm which is around 100 mm less than the average of 916.3 mm.  This puts it in the below average range, but not historically low by any means. 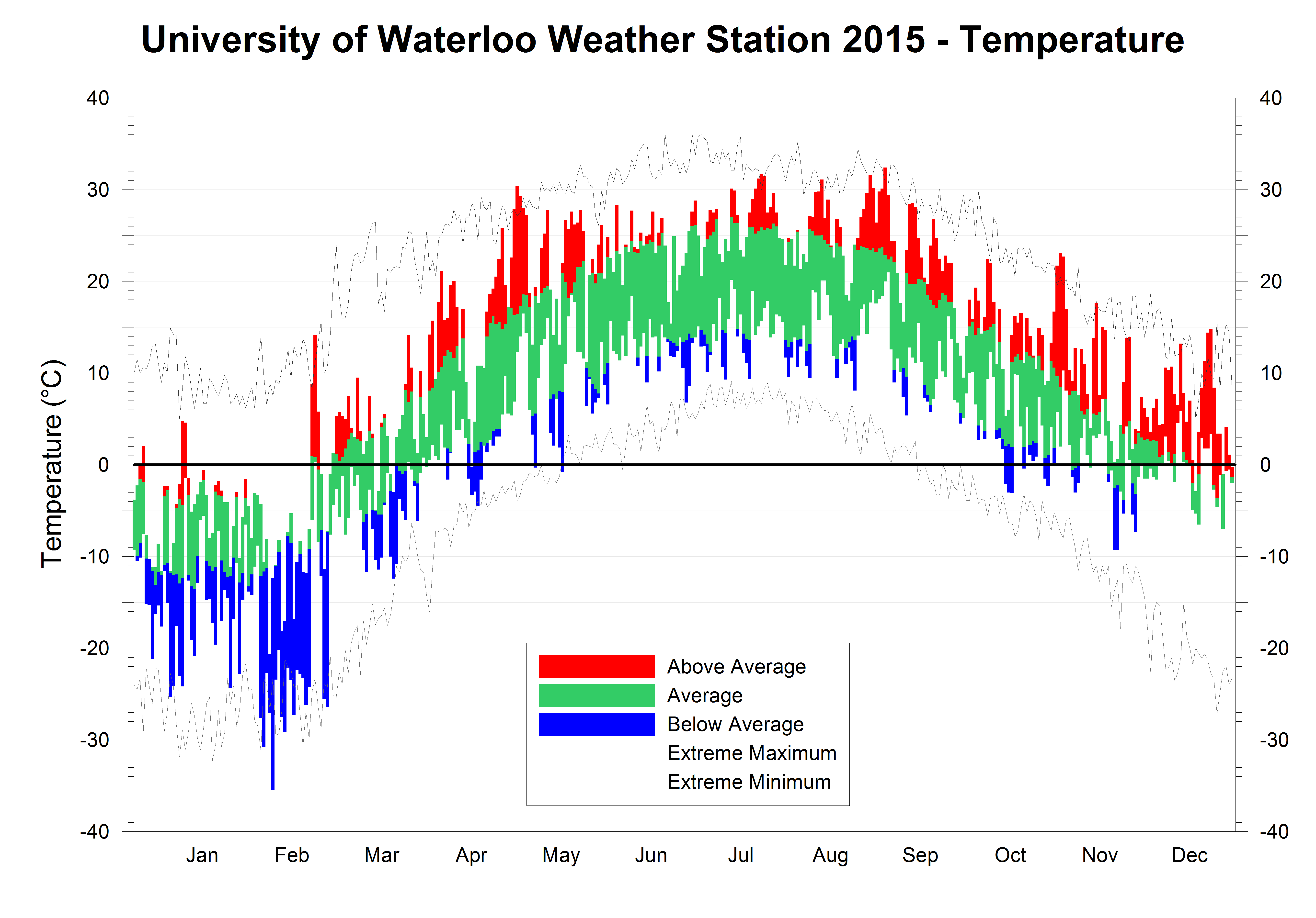 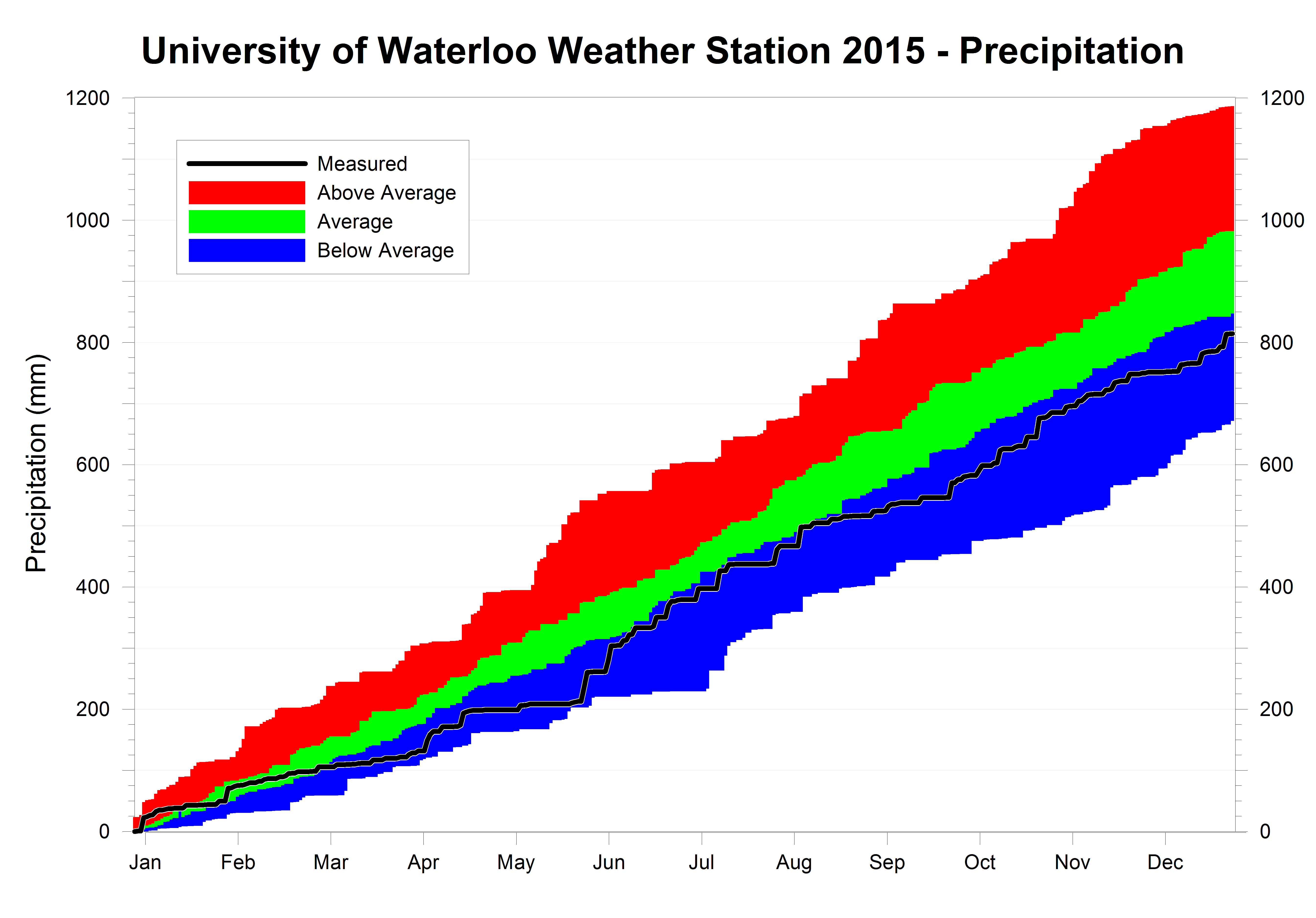 The warmest December on record

It is hard to properly emphasize just how warm it was this December.  To start, at 6 degrees above average it beat the previous warmest one back in 1923 by a full 2 degrees, which in meteorological terms is incredible.  There were no individual days that were colder than average (although some days had high temperature less than average, when you consider both the high and low temperatures, each day was warmer than average).

As well, there were 9 days of the month where the low temperature was higher than the average high for that day.  Finally, the lowest temperature we saw in December was only -7.0°C, this is a record (previous record was in 1974 when it only got down to -10.6°C).

It was really dry for the first half of the month, but second half made up for it getting the total up to 66.2 mm, which is just short of the average of 71.2 mm.  But the warm temperatures resulted in only 8.5 cm of snow during the month, which is much below the average of 37 cm. 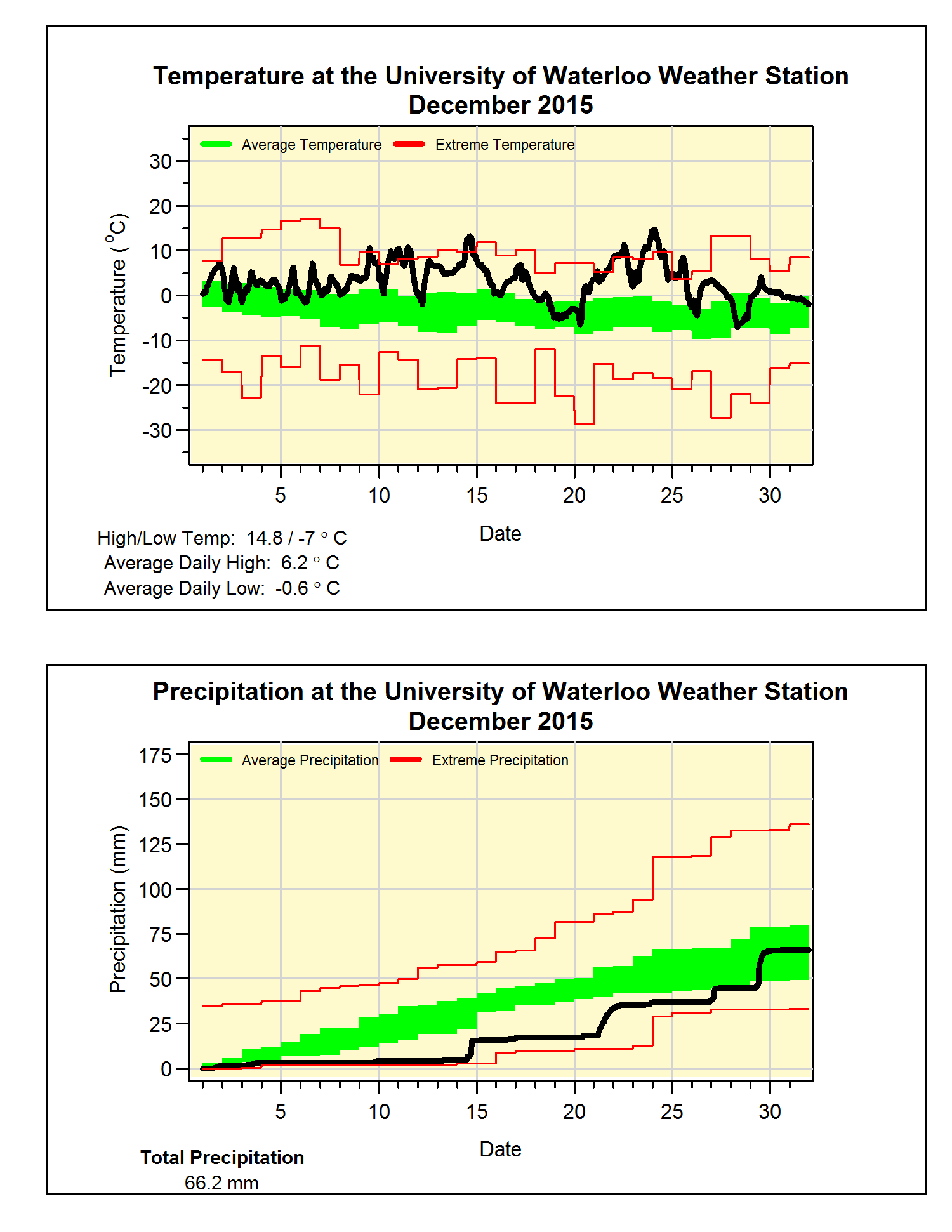