A very average June for both temperature and precipitation

In contrast to the last few years when there were lots of June days at or above 30°C (8 in 2016, 3 in 2017, and 4 in 2018), there was only one day this past June when it just barely made it to 30°C.  Despite this, there were enough warm days to put the overall temperature at almost exactly at the average (well 0.04 degrees above, but let’s say that rounds off to 0.0).   The also marks the first month this year that was not at least a little bit below average.

There was also a pretty regular series of moderate storms that came through during the month to keep the precipitation within the average range, although the total precipitation of 73.6 mm was below the long term 1981-2010 average of 82.4 mm.

For the first half of the year, the total precipitation we have seen of 486.8 mm is not that far above what we would expect for the halfway mark of 416.1 mm. 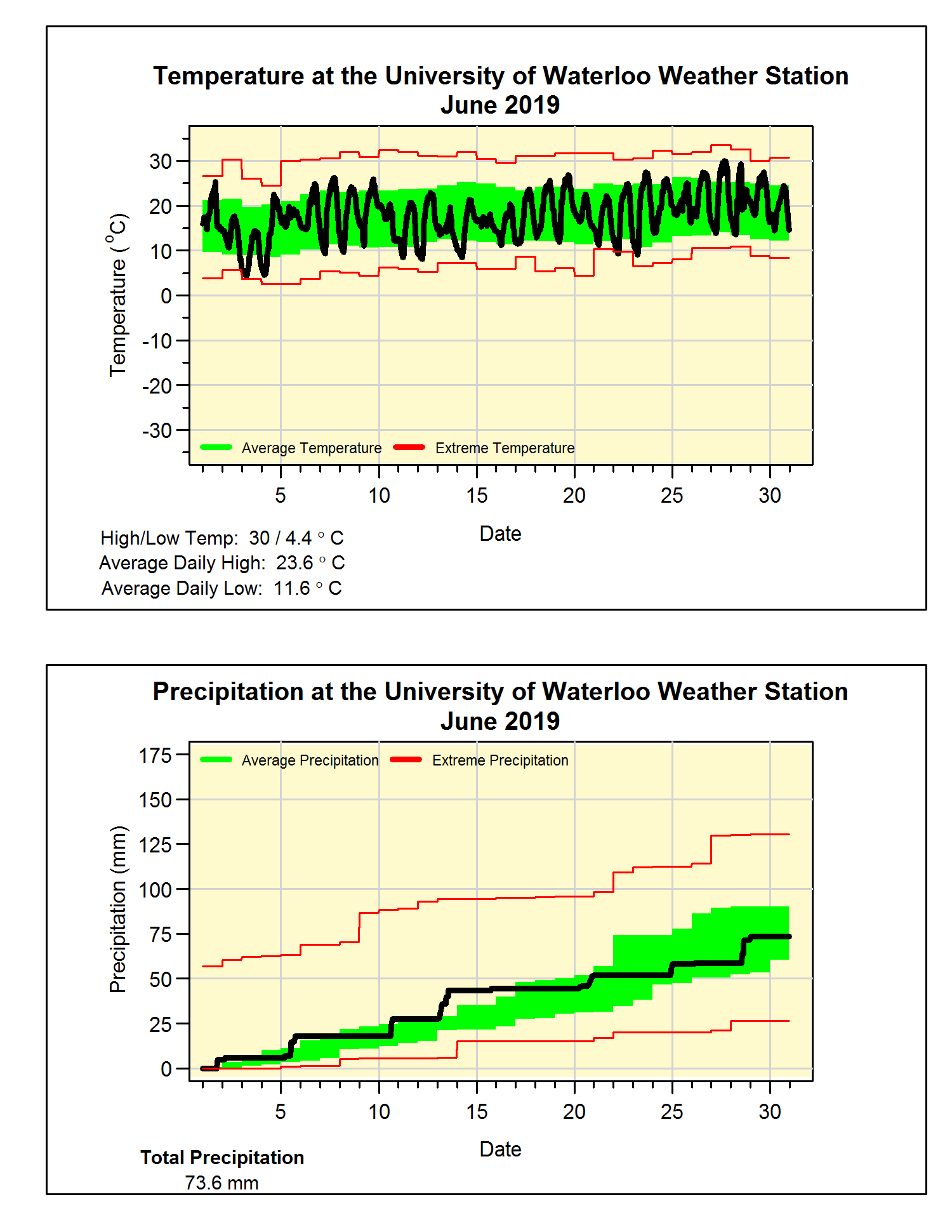