A hot and dry June


While coming down from May, which was 4.5 degrees above average, June was still more than 1 degree above average.  We have to go back to 2009 for the last time there was a June with below average overall temperature.

It was a dry month that included a streak of 12 days when we received less than half of a millimetre of rain.  Even the 20 mm of rain that came down on the 24th only managed to put the total precipitation for the month (56.6 mm) just below the bottom of the average range (60.5 mm).

For the first half of the year, the total precipitation we have seen of 466.2 mm is not that far above what we would expect for the halfway mark of 416.1 mm.

Also a note about the sad news that professor Ric Soulis of the University of Waterloo Civil Engineering department passed away during June.  It is no exaggeration to say that without Ric there would be no UW Weather Station.  It was through his vision and guidance that the idea for the weather station was born and implemented.  He will be greatly missed by the many who got to know him throughout the years. 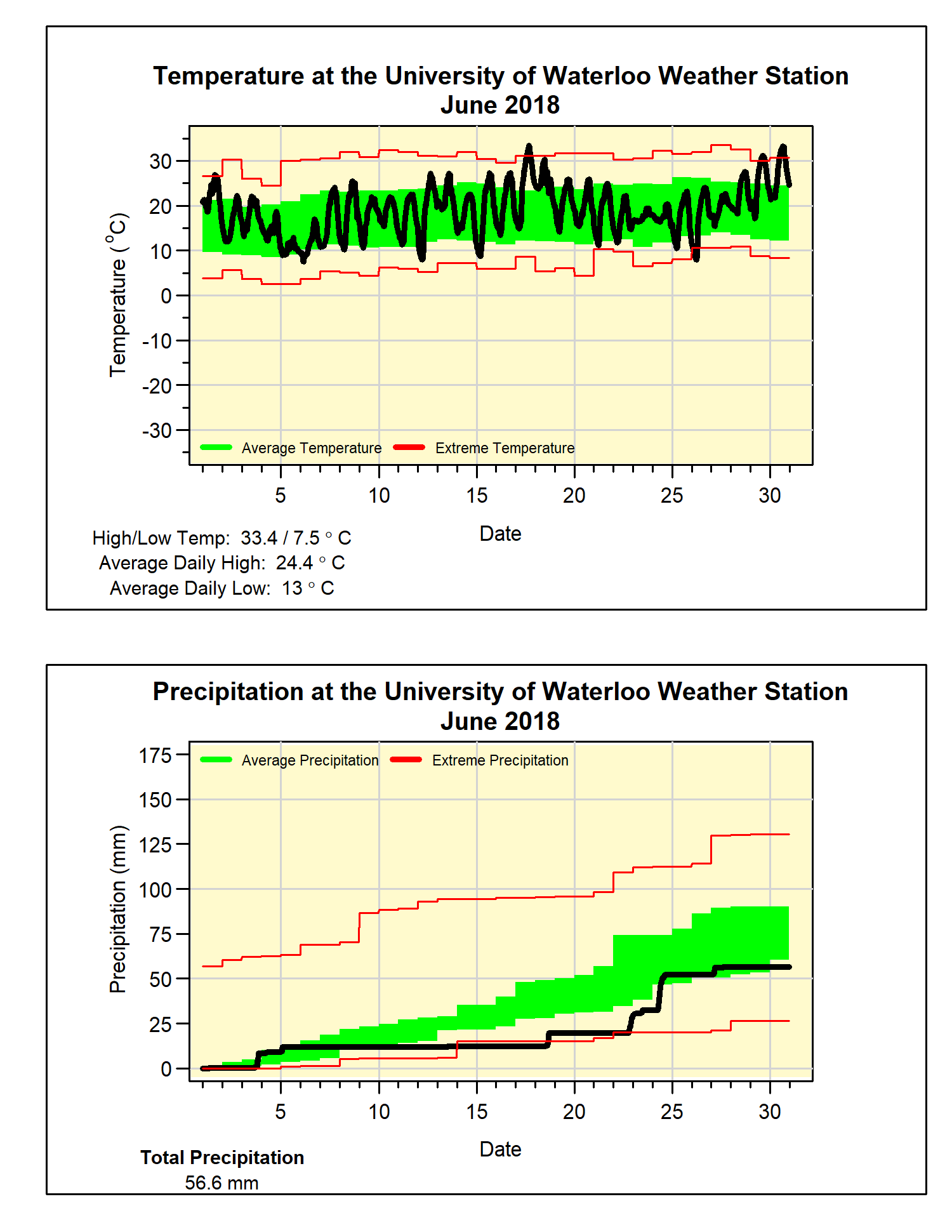