As if this year wasn't crazy enough already, the winning date for the UW Weather Station Contest was not only the latest date we have seen in the history of the contest, but also the latest first 20°C day in the over 100 years of weather records in the region (the previous record was May 13th, 1919)

Out of the 1191 entries, it was Valerie Christie whose guess of 2:15 pm was the closest to the correct time.  While in second place was Mary Grummett.

I have a lot of respect for everyone who chose dates that were much later than any winning date in the past 100 years.

Congratulations to all the winners and thanks to everyone who entered.

And a question, should we allow people to choose dates in June next year?
Posted by Frank at 5/16/2020 3 comments:

The warmth of March carried on into the first week of April, but after that, there was a two week stretch of cold temperatures.  Even though it warmed up a bit right at the end of the month, the overall temperature was still a little over a degree colder than average.

This was the first colder than average month since November of last year, as well it means that 4 of the last 5 Aprils have been colder than average.  Also, the highest temperature for the month was only 17.0°C, the last time it didn’t get warmer than that during April was back in 1995.

If it wasn’t for the 20 mm of rain we got on the last day of the month, it would have been a drier than average April.  But that last day brought the total up to 55.2 mm, below the average of 74.5 mm, but enough to just get it into the average range.

At the end of April, the total for the year of 341.5 is still well above the 264.4 mm we would expect for the first four months of the year.

The only measurable snow during the month was one day with 1.5 cm, this put the total for the snowfall season at 153.5 cm, very close to the average of 159.7 cm. 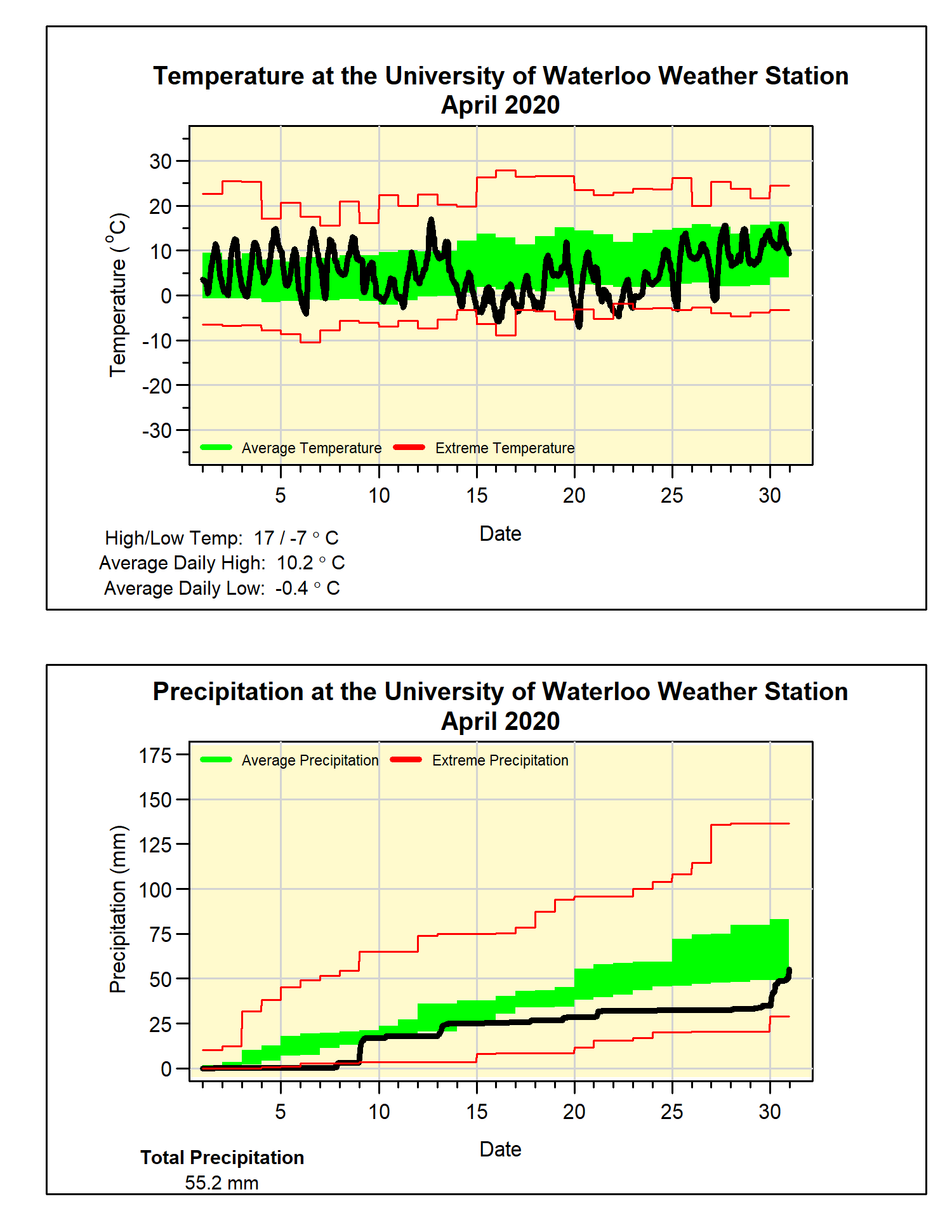