Ever since we switched the equipment at the UW Weather Station back in 2015 we haven't had been able to put up an archive of historical data.

As we have always prided ourselves in the fact that every reading we have ever taken is available to be downloaded, not being able to have a working archive was something that has frustrated me.

After 10 hours of coding today I finally have a system where the *.csv files on the Data Archives page will be updated every 15 minutes.  Unfortunately it will be bit longer before there will be the same functionality as we had before with being able to get data for specific data ranges.

Please leave any feedback about the archive in the comments.
Posted by Frank at 11/11/2016 No comments:

It was another hot month with the average October temperature coming in at 2.6 degrees above average, this made it the second warmest since 1971 (after 2007** See Note below).  However, it is also interesting that the on the 26th the temperature got down to -4.9°C which was the coldest October temperature in the region since Oct 14, 1993.

The temperature went below zero on October 10th, this was the first time this had happened since April 30.  That means we had 163 days of above zero temperatures, which is pretty much the average length we have seen in the past 15 years (by the way I’m trying to avoid calling it the growing season or frost-free days as those terms seem to cause a lot of confusion).

Although the total precipitation for the month of 60.4 mm was below the average of 67.4 mm, it was close enough to be within the average range.  The total for the year so far of 729.4 mm is still a bit below the average for this time of year of 750.6 mm.

**Note:  The first version of this summary mistakenly stated that October 2016 was the warmest in 45 years when in fact it was the second warmest. 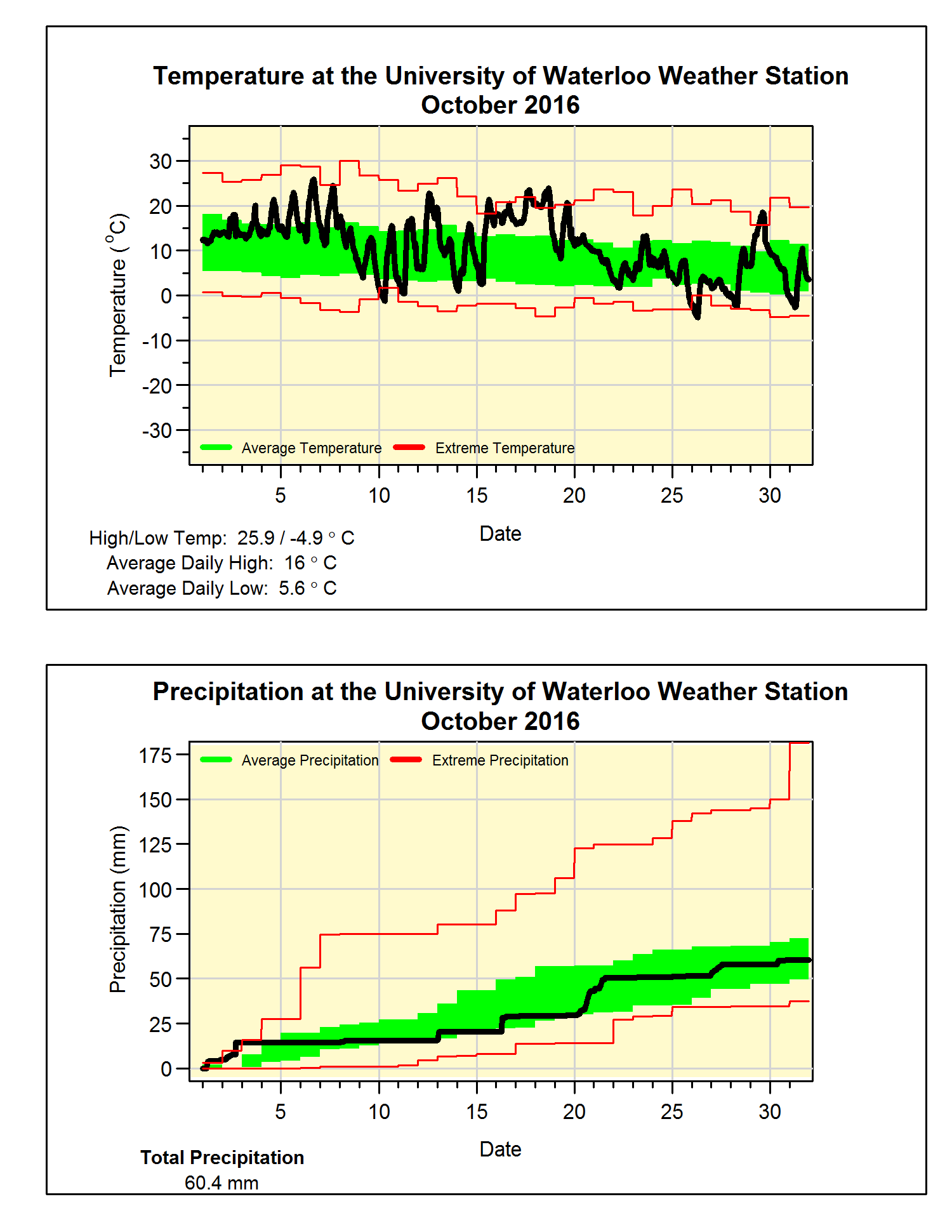