A dry and warm-ish June

Put that all together and the overall temperature was a little over half a degree above the 1981-2010 average. But I put “warm-ish” in the headline as this still puts June within the average range.

For the second month in a row it was much drier than average, which is really starting to have an effect on the lawns and gardens of the region. Of the 55.2 mm that fell in June, half of it came during a couple of days early in the month meaning the rest of it was very dry.

The total precipitation for the first half of the year so far of 415.0 mm is incredibly close to the average for this time of the year of 416.1 mm. 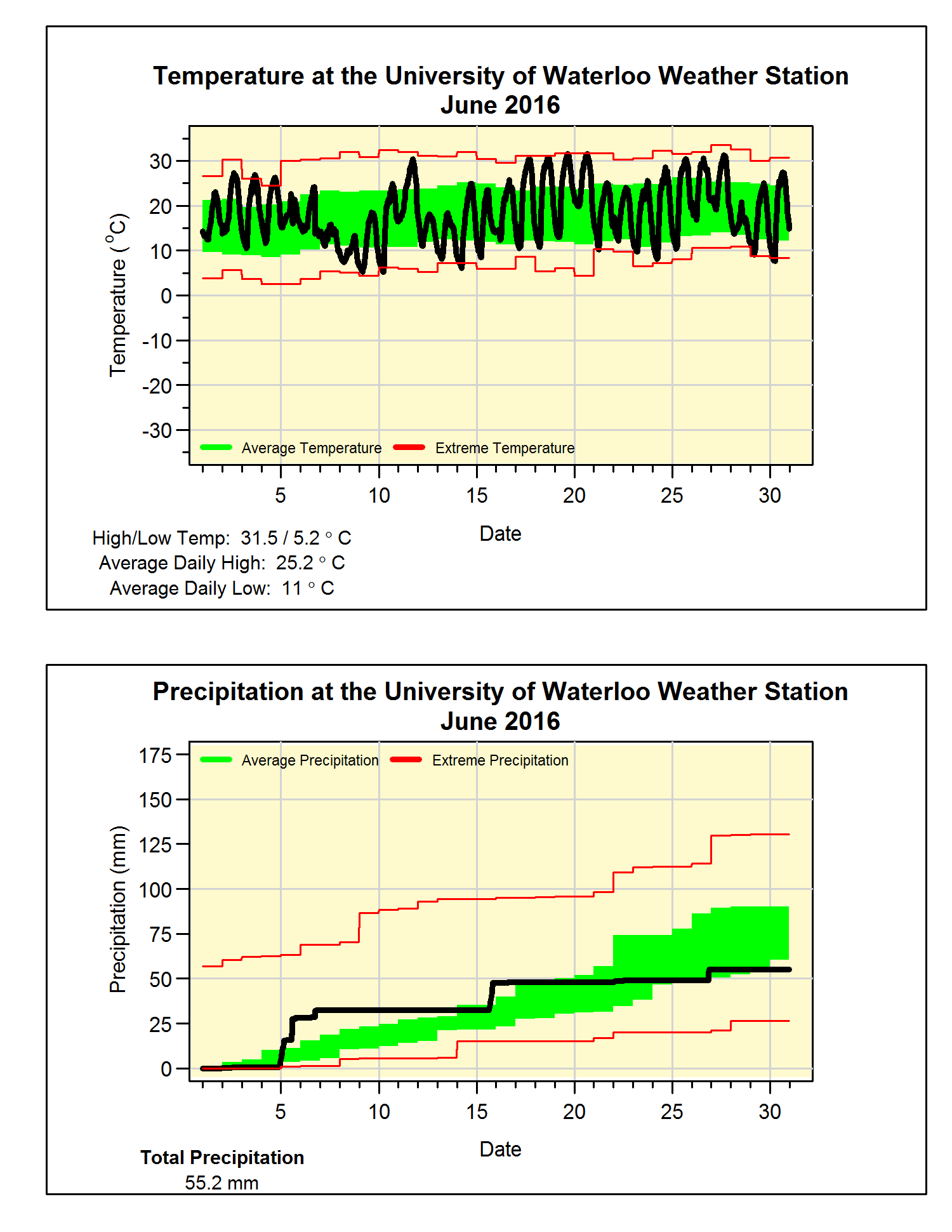