A warm and wet March

For only the second time in the 100+ year history of weather records in the region, the temperature went above zero every day during the month of March (the other year was 2010).  But it was close as the high only got up to 0.1°C on the 14th, but hey it still counts.

Knowing this, it isn’t surprising that the overall temperature was 3 degrees above average and the fourth warmer than average month in a row.

There was pretty consistent precipitation throughout March, with the total of 79.0 mm being well above the average of 61.0 mm.  This year has started out very wet with 286.3 mm compared to an average of 187.6 mm.

Even with this high total precipitation, with the warm temperatures there was only 12.5 cm snow, less than half the average of 26.5 cm.  Although we average 7 cm of snow in April, if we don’t get any more this year the total for the snowfall season at 152 cm was just below the average of 159.7 cm. 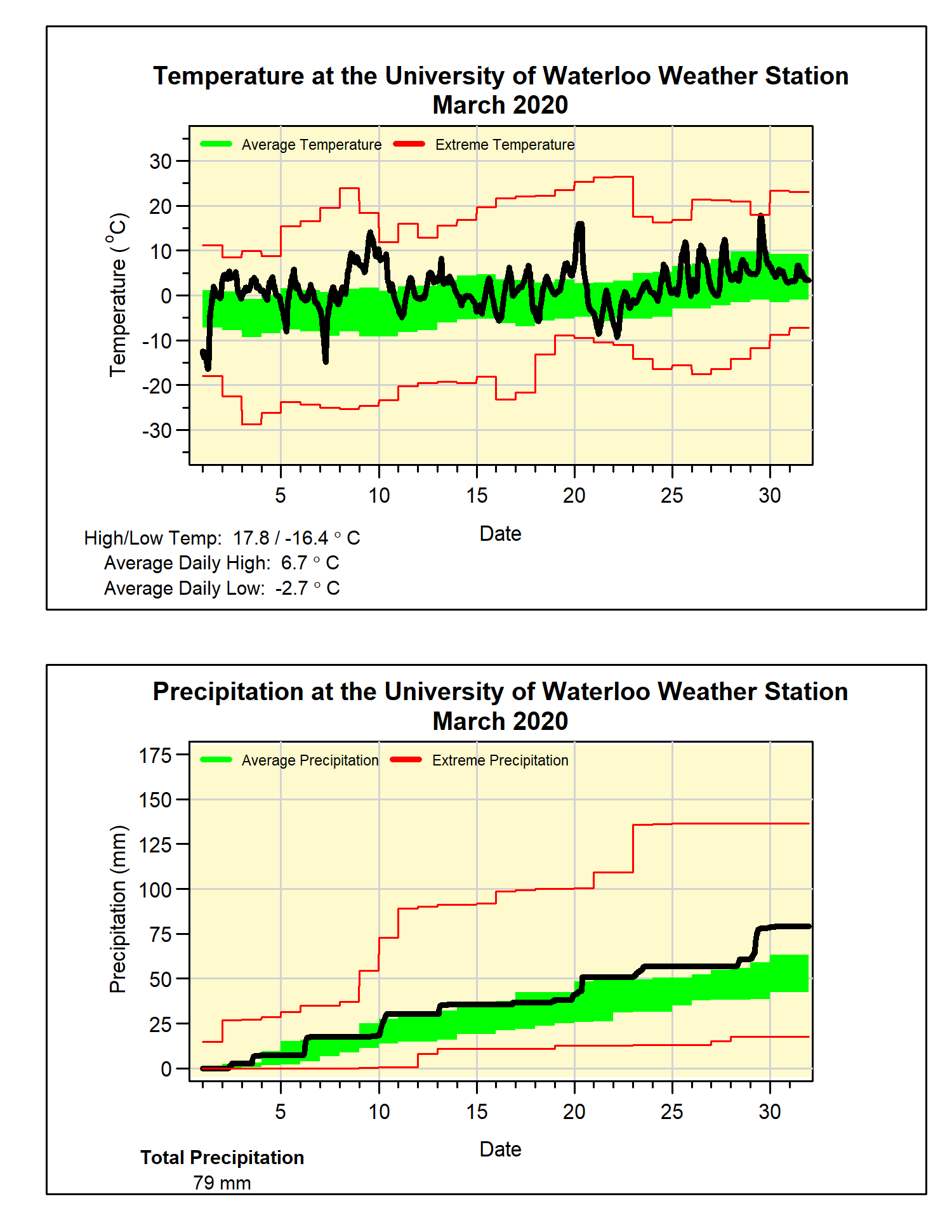