Another hot and dry month

At over one and half degrees above average, it was definitely a hot month.

With not much else so say about the heat this month let’s have a couple of fun facts for the summer so far:

The last time the daily high temperature was more than 5 degrees below average was back on June 13th. So far we have seen 22 days above 30 degrees, on average we only see 8 of them during a typical year, but we still have a long way to go to beat the record of 49 back in 1955.

For the third month in a row the precipitation was below average.  Although it might have been much worse as it was only in the last week of the month that we saw almost 40 mm of the 70 mm precipitation for July.  But as was typical of the type of storms we have seen this summer, most of the rain fell in short bursts lasting less than an hour, and this means a lot of it probably ran off without having time to soak into the ground.

The total precipitation for the year (485.0 mm) has now started to drop below the average for this time of the year (509.0 mm). 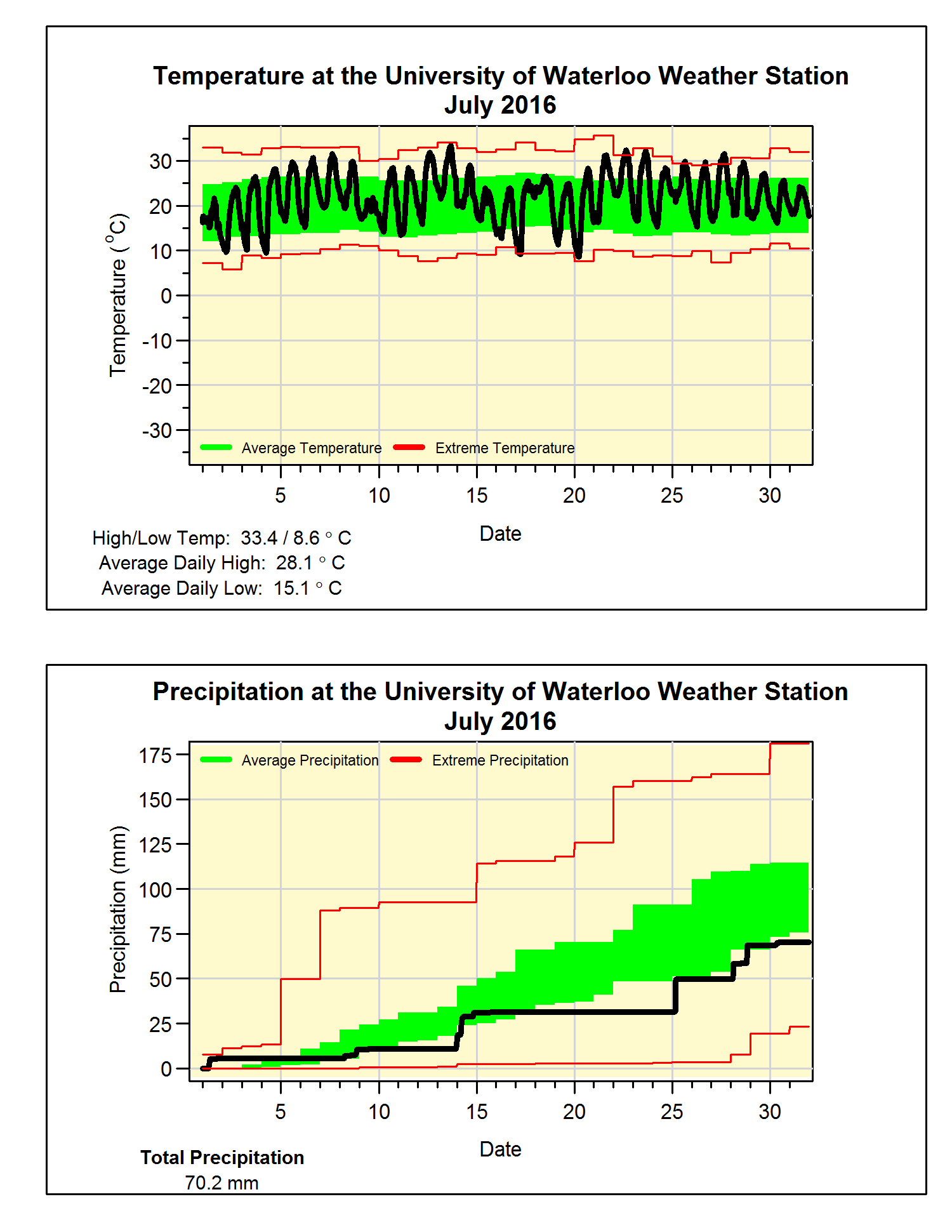