A very hot September and back to the dry

This year there were a couple of days over 30 early in the month and there was another warm streak in the middle.  For the last week the temperature really dropped and although it might have seemed a lot colder it actually just went down to the average.

We might have to soon start using the D word again as this month only saw 28.2 mm of precipitation, this is less than a third of the average of 87.8 mm.  The annual precipitation total has been jumping around the average all year and with this dry month we have gone under again (669.0 mm this year – 685.2 mm average). 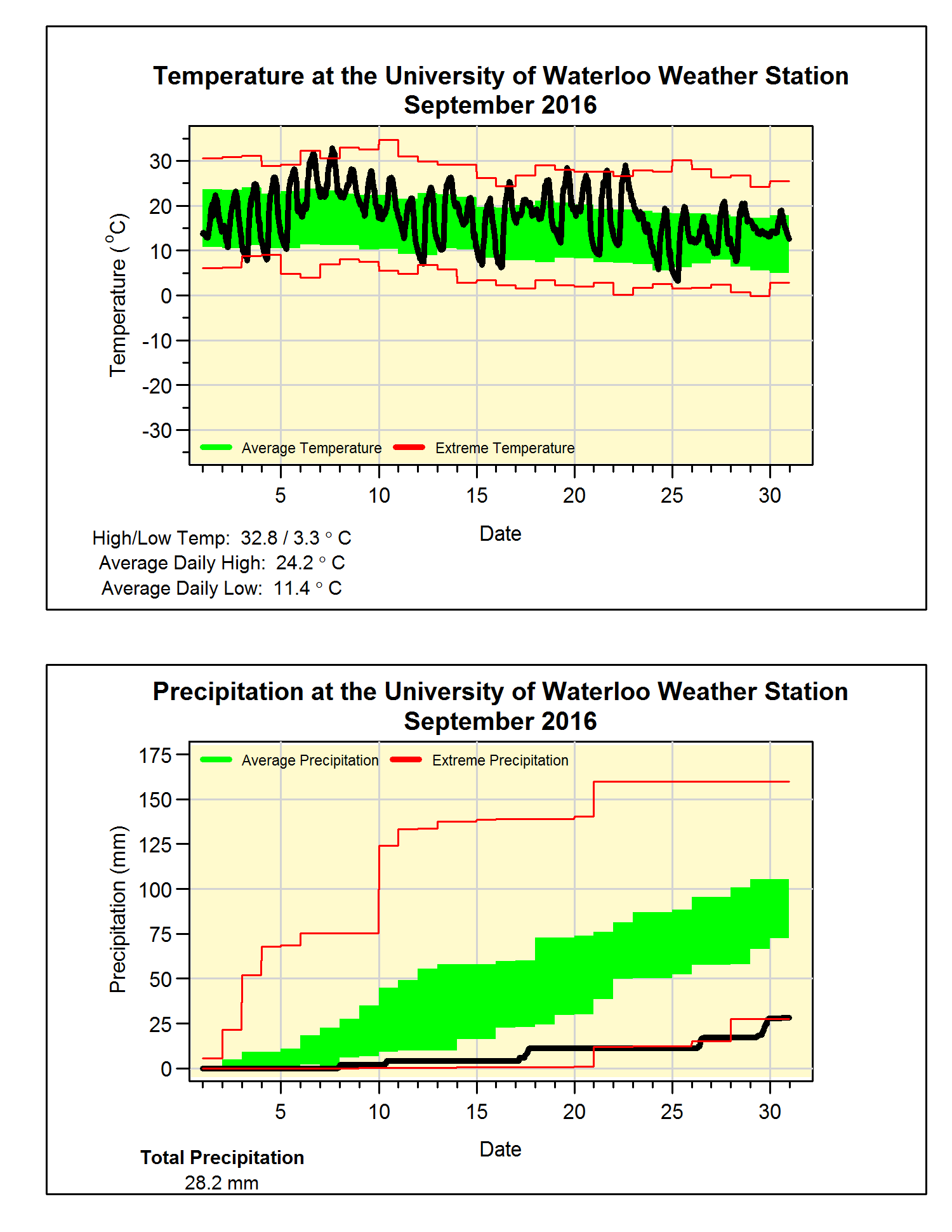