About as average of a month for temperature as you can have with just a few colder and a few warmer than average days.  Overall, it was a mere 0.1 degree above average, but this was still the coldest June we have seen in the region since 2009.

It was a very wet month with 4 days over 15.0 mm along with 18 days of some precipitation compared to the average of 11.5.  The total of 117.9 mm was much more than the long-term average of 82.4 mm well outside the average range, but we only have to go back to a couple of years to find a wetter month of June.  Another interesting thing that I found out was that it is month of extremes, in the last 10 years only once has the total precipitation been in the average range, the rest were either very dry or very wet. 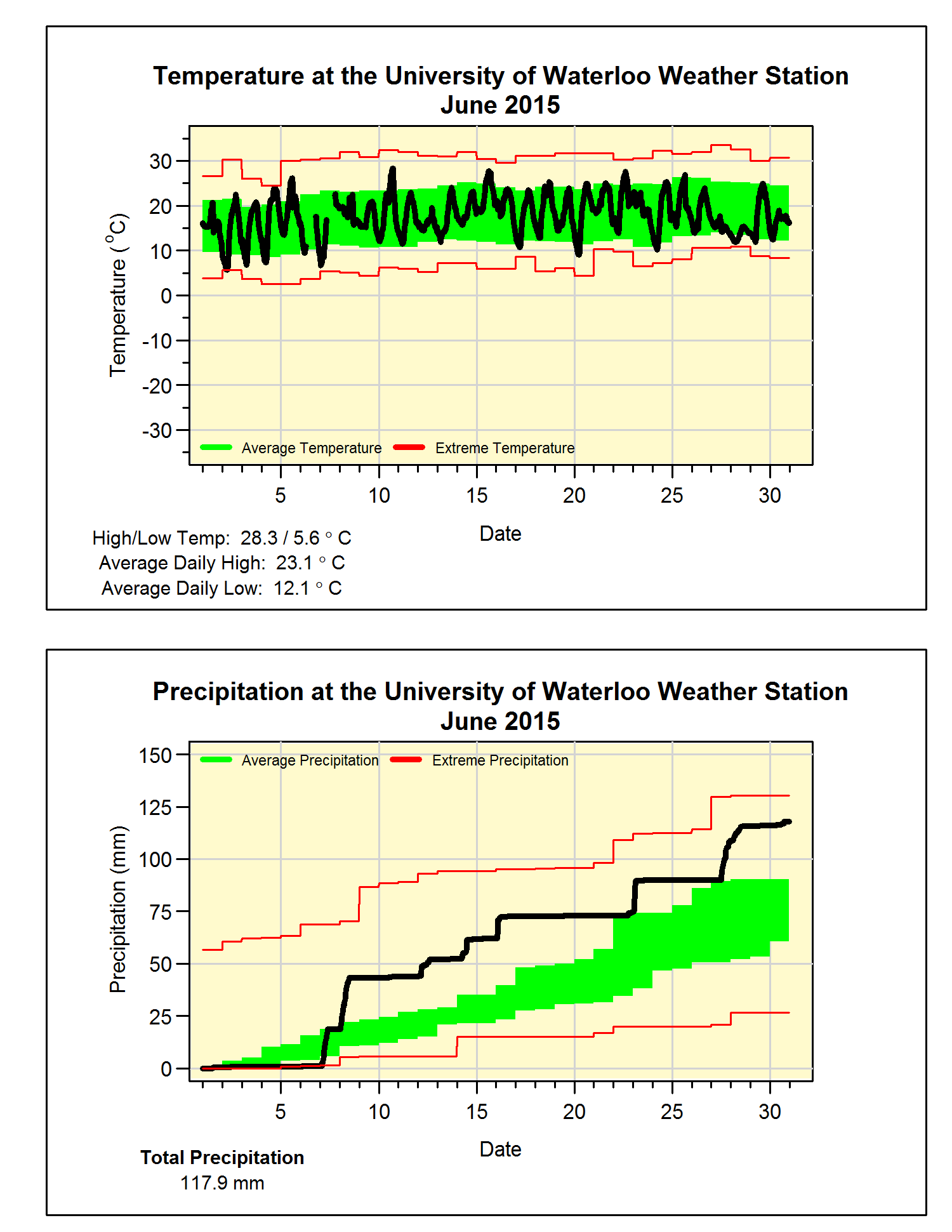