A dry and warm May

Although it was just pretty much average for the first half of the month, it was hot enough in the second half to put the overall temperature for May at 1.2 degrees higher than average.  A neat thing you can see on the graph is the temperature starting at 24.7°C on the 12th and then going pretty much straight down to 0.9°C on the 15th.

As sometimes happens in the region, there were no below zero temperatures during the month of May.  So this makes the last frost day April 30, which is about 5 days earlier than the UW weather station average of May 6.  This is an instance where I don’t like using the Waterloo Wellington Airport data as a small difference in temperature can make the difference between a frost or non-frost day.  Indeed this May the airport did record a low of -1.0°C on the 9th, where we only got down to 0.6°C.

For the first time since September, it was a drier than average month.  With the 42.2 mm of precipitation in May only being a bit more than half of the average of 82.3 mm.  This has pretty much wiped out the surplus we have seen since the beginning of the year, so the total for the year of 359.8 mm is now just a little above the average of 342.4 mm. 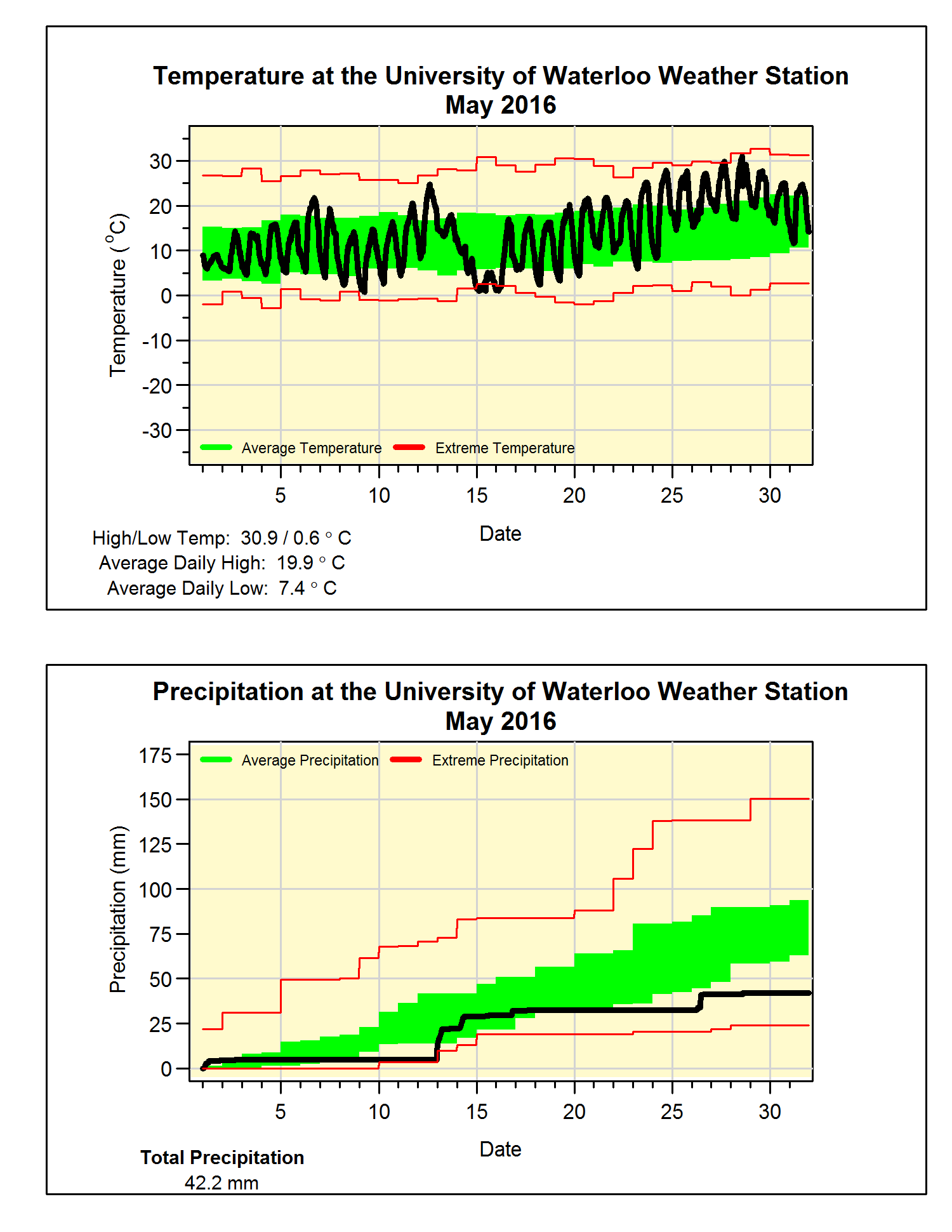