A very warm May with just barely average precipitation

Although it went below zero a couple of times during the month, overall it was three and half degrees higher than average making it the warmest May since 1998.  This was also the first warmer than average month we have seen this year.

Up until the last 2 days of the month it was looking like this May might have been one of the driest every recorded in the region.  However, the almost 50 mm in those last 2 days managed to get the total (61.6 mm) just into the bottom end of the average range.

The total precipitation for the year so far (260.3 mm) is still considerably less than the average for this time of year (337.7 mm). 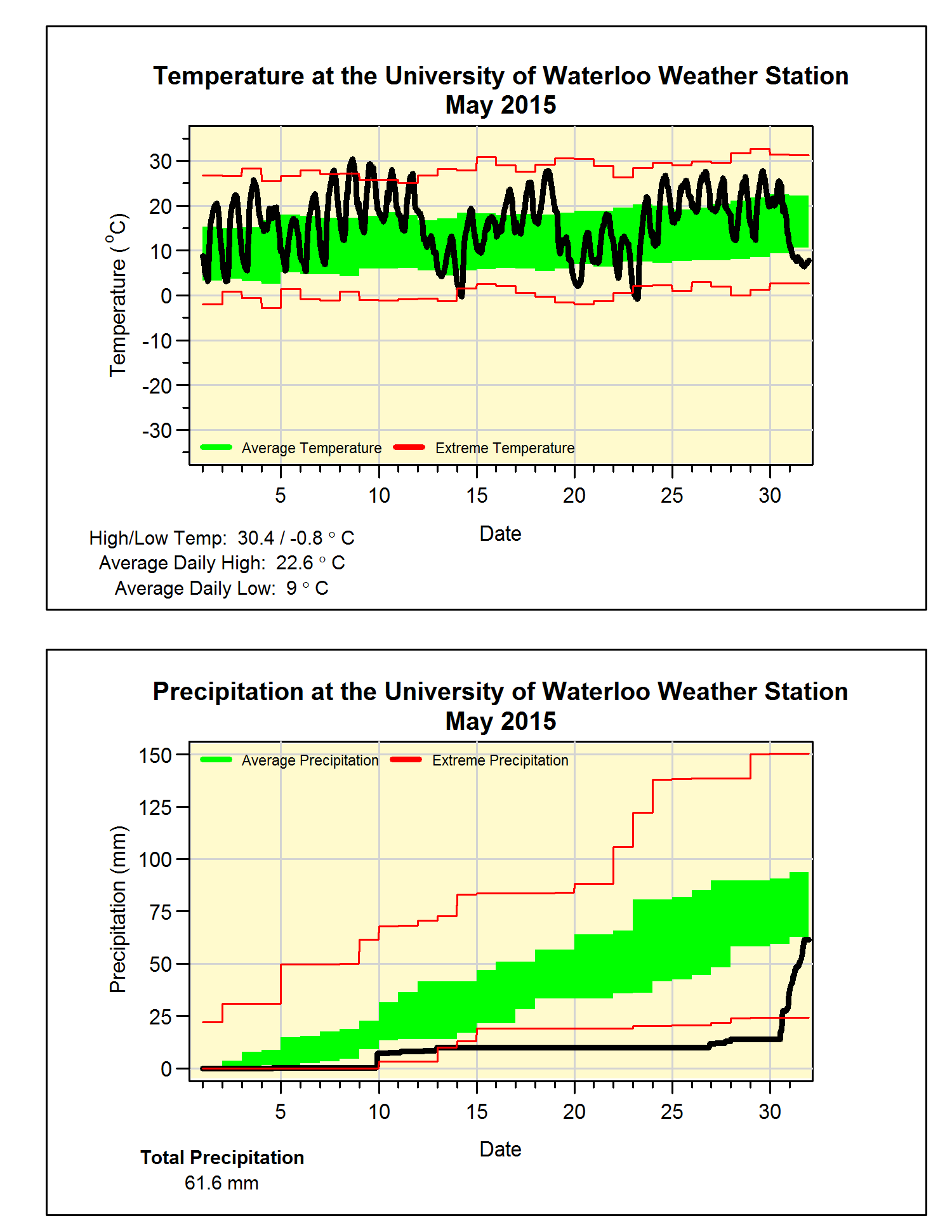