The third hottest July on record with average precipitation

The month started with a string of 10 days above 30°C, followed by days that were either at or above average (only one day was below average).  So it shouldn’t be a surprise that it was the third hottest July we have seen in the over 100 years of records in the region, 1.3 degrees away from the hottest back in 1955.

Other notes from the month:

Although the total precipitation of 80.0 mm was just within the average range, almost all of it came during just 3 days of the month.  This means that there were also a few long dry streaks during the month, so it might have felt like it was drier than average. 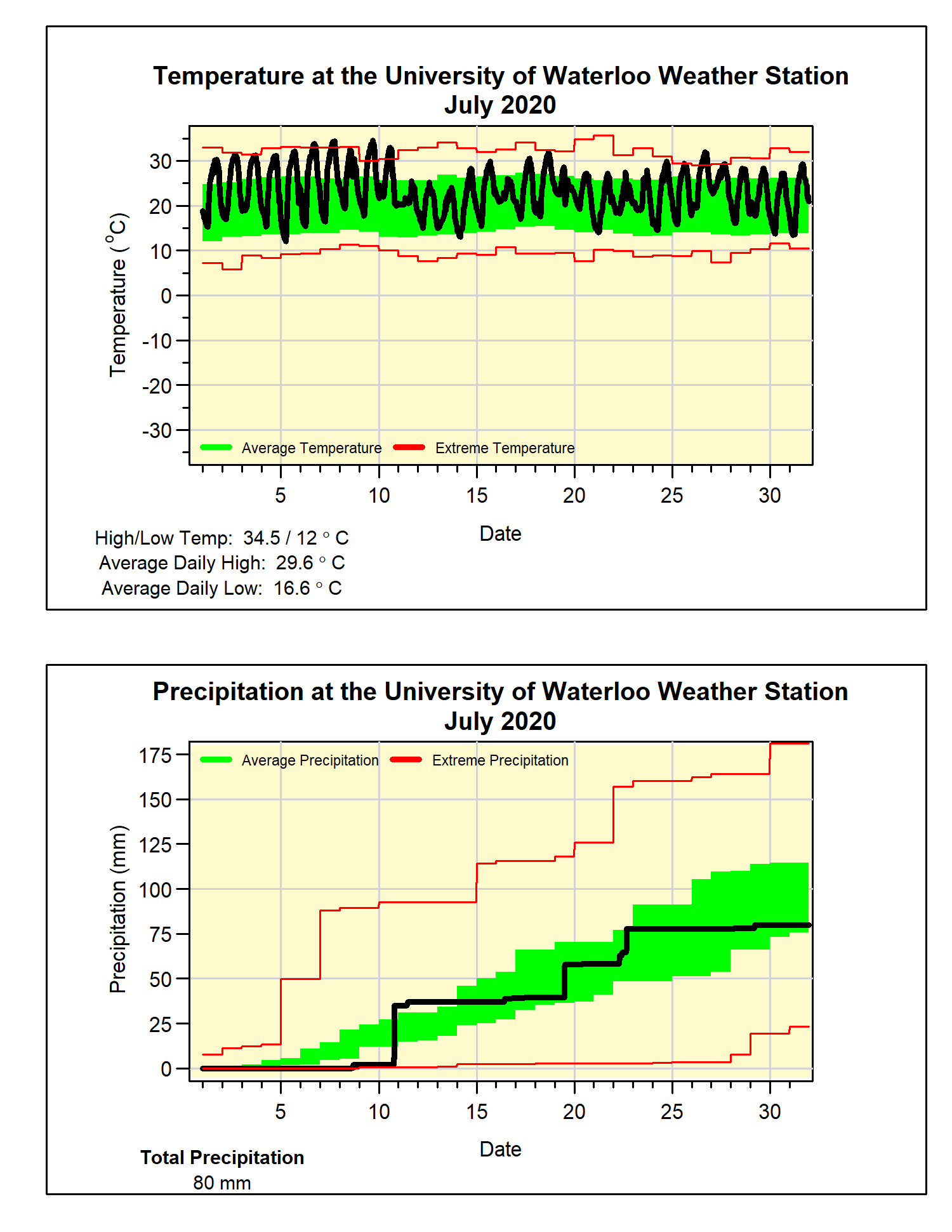